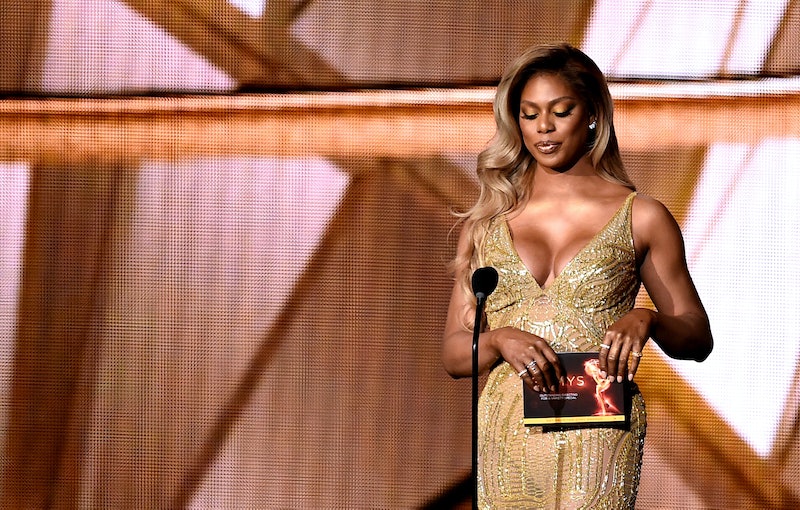 The National Center for Transgender Equality released its 2016 Voting While Trans Checklist, a document that aims to assist transgender Americans who may encounter unique difficulties while voting this November. Restrictive voter ID laws in many states mean that Americans in certain states will need to bring identification to the polls, and for many transgender and gender non-conforming Americans, the sex listed on their government ID may not match the one with which they identify.

The NCTE checklist reminds trans voters to register; explains how to search for voter ID laws; and suggests by-mail or absentee voting as an alternative option. It also provides a sheet that voters can present to poll workers and election officials explaining how voter ID laws apply to transgender Americans' rights:

Gender discrepancies on ID are not a valid reason to deny a regular ballot. Transgender voters may have ID that indicates a different gender than what they look like. They may not have had the opportunity to update their ID yet, or may not be able to do so in your state. This does not mean their ID is invalid or fraudulent for voting.

The guide also covers many worst-case scenario situations. In the event that election officials attempt to turn away a transgender registered voter, NCTE recommends calling the National Election Protection Hotline at 1-866-OUR-VOTE.

Unfortunately, these worst-case scenarios happen all too frequently. During the primaries, Logo reporter and trans woman Dawn Ennis described a harrowing experience during her trip to the polls. Ennis was initially refused service by a poll worker who repeatedly called her "sir," even after she'd asked him not to. It reportedly took Ennis 30 minutes and four phone calls before the election officials present would allow her to vote. She was able to complete the voting process, but warned others:

While gender discrepancies on ID are not a valid reason to deny someone a legal ballot, the reality is you may still face delays or denial of the right to vote because of an ID that's not accepted or bias or misunderstanding.

A recent UCLA study estimated that as many as 34,000 transgender Americans could face difficulty voting or be prevented from voting this fall. Moreover, many of the states with the strictest voter ID laws are also expected to be swing states this fall, including Pennsylvania, Wisconsin, Indiana, and Georgia.

Voter ID laws were originally enacted to prevent other groups from voting; now, they may inadvertently impede the suffrage of another marginalized group. As Slate's Mark Joseph Stern wrote, "Republican legislators probably didn't intend to strip trans people of their voting rights by passing voter ID laws, at least initially. But they are likely delighted by the unintended consequence."

Impediments to voting may make it harder for LGBTQ citizens to make their voices heard, at a time when invasive "bathroom bills" and other discriminatory measures seek to limit transgender Americans' ability to live in accordance with gender identity.