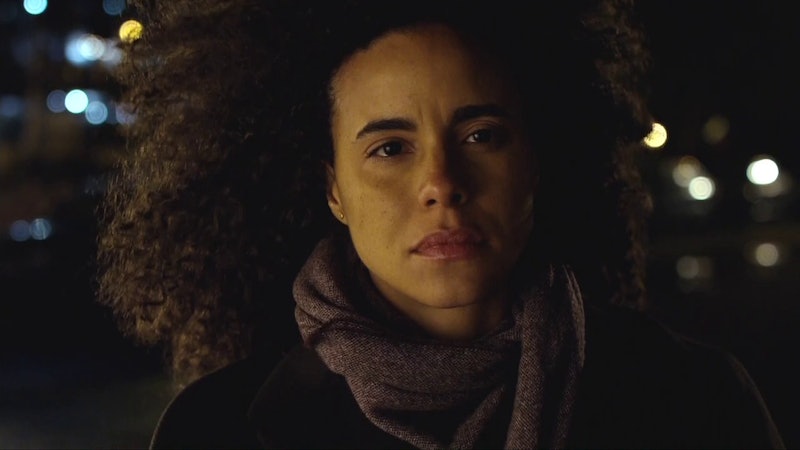 Though she was introduced on Jessica Jones as Luke's wife, Reva was much more than that. She was actually connected to Jessica and the series’ villain, Kilgrave. But the nuances of how she came to be connected to these characters was left a little bit of mystery. And, fans have been hoping Luke Cage holds some of the answers, as well as some backstory about Reva and her relationship with Luke.

If you didn’t watch Jessica Jones (you really should), I have the answers to all of your questions and can get you prepared to watch Luke Cage this weekend. Here’s everything you need to know about Reva before revisiting her story. Spoilers for the first season of Jessica Jones ahead.

First Of All, Who Is Kilgrave?

Kilgrave, played by David Tennant, was the super villain of Jessica Jones. Before the events of the series, he used his terrifying power of mind control to exploit Jessica’s (Krysten Ritter) super strength and abilities. Jessica Jones used the Kilgrave/Jones relationship to give a voice to survivors of domestic violence. At the end of the season, Jessica did prevail, killing Kilgrave.

What Happened Between Reva & Jessica?

OK, here’s where it gets complicated. It was revealed that Kilgrave forced Jessica to kill Reva after he got the information he wanted from Reva. It turns out, she had a flash drive that contained videos of the abuse Kilgrave suffered as a child that led to his abilities. However, we don’t know why or how Reva had this information.

What Happened Between Luke & Jessica?

Luke (Mike Colter) and Jessica bonded over their super strength and reluctance to be heroes, which lead to some pretty steamy scenes. But Jessica lost Luke when she revealed what really happened to Reva, and that she'd known the truth all along.

Where Did Luke Leave Off?

Luke was manipulated by Kilgrave’s mind control to burn down his own bar and attack Jessica. This led to Luke being badly injured and taken care of by nurse Claire Temple, played by Rosario Dawson, who also appeared on Daredevil and will reprise her role in Luke Cage. At the end of the series, Luke recovers, gets up, and walks away. We do not know if he has forgiven Jessica or what the future holds.

...Until Luke Cage, that is. Let’s just hope Luke's series brings more answers about Reva and delves deeper into her history.