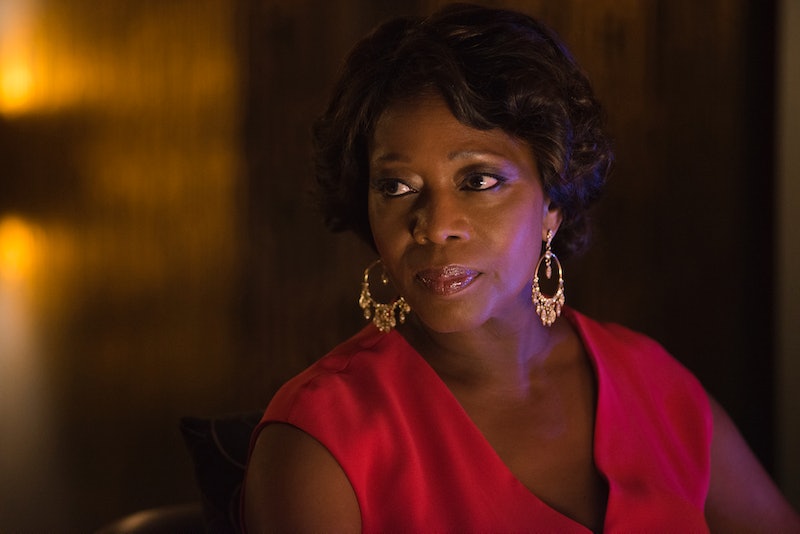 Marvel's Luke Cage will become the newest member of the Marvel Cinematic Universe when it premieres on Friday, Sept. 30 on Netflix. However, I wouldn't blame you if you felt like this TV series felt familiar for some strange reason, not because the titular character is based on a hero who originally appeared in Marvel comics, but because of one of the show's cast members. The cast of Luke Cage includes veteran actress Alfre Woodard, who was also recently seen in this summer's blockbuster and fellow member of the Marvel Cinematic Universe, Captain America: Civil War. Whoa. Is this just a coincidence, or is Woodard actually playing her Captain America: Civil War character in Luke Cage ?

What's unique about the Marvel Cinematic Universe is that all of the movies and TV shows that fall under this umbrella share the same mythology and their characters, settings, and stories are interrelated to the point that crossovers often occur. So it'd be natural to think that Woodard's character in Captain America: Civil War is the same as the one she plays in Luke Cage. Actually, it'd be kind of weird if you didn't think that way.

While it would be absolutely awesome if the characters Woodard played were one in the same (I can just feel the fan theories forming), they are unfortunately not. ScreenCrush confirmed with Christopher Markus and Stephen McFeely, the writers of Captain America: Civil War, that Woodard's character in the movie is "absolutely not the same person" as her character in Luke Cage. They told the website in April that Robert Downey Jr. suggested that Woodard play the character of Miriam in Captain America: Civil War before the creative team knew she was going to play Mariah Stokes in Luke Cage.

If you know anything about who her characters are in this movie and TV show, respectively, their differences should become pretty apparent, too. Miriam in Captain America: Civil War is a small but significant role for Woodard. She is the mother of someone who was killed in the Battle of Sokovia, which was featured in 2015's Avengers: Age of Ultron. When she confronts Tony Stark (Downey Jr.) about this after he gave a talk at MIT, she basically blames him and his fellow Avengers for the death of her son. This inspires Tony to try to convince the other Avengers to sign the Sokovia Accords, which will grant the United Nations oversight of the team, a move that eventually leads to the titular civil war among the superheroes in the film.

As for Woodard's Luke Cage character Mariah, she's way more in the center of the action and more actively getting stuff done as a local politician and cousin to crime lord Cornell "Cottonmouth" Stokes. As such, it looks like Mariah's going to have a light and a dark side. And from the looks of the below trailer from the series, she's not exactly going to be Luke's friend, either.

But just because we know these two characters are not the same doesn't mean it'll stop fans from coming up with theories to connect them, as one Reddit user has already done, suggesting that it would've been interesting to see Woodard's Captain America: Civil War character pursue a career in politics in Luke Cage following the death of her son. Isn't that part of the fun of watching movies and TV shows in the Marvel Cinematic Universe, anyway?