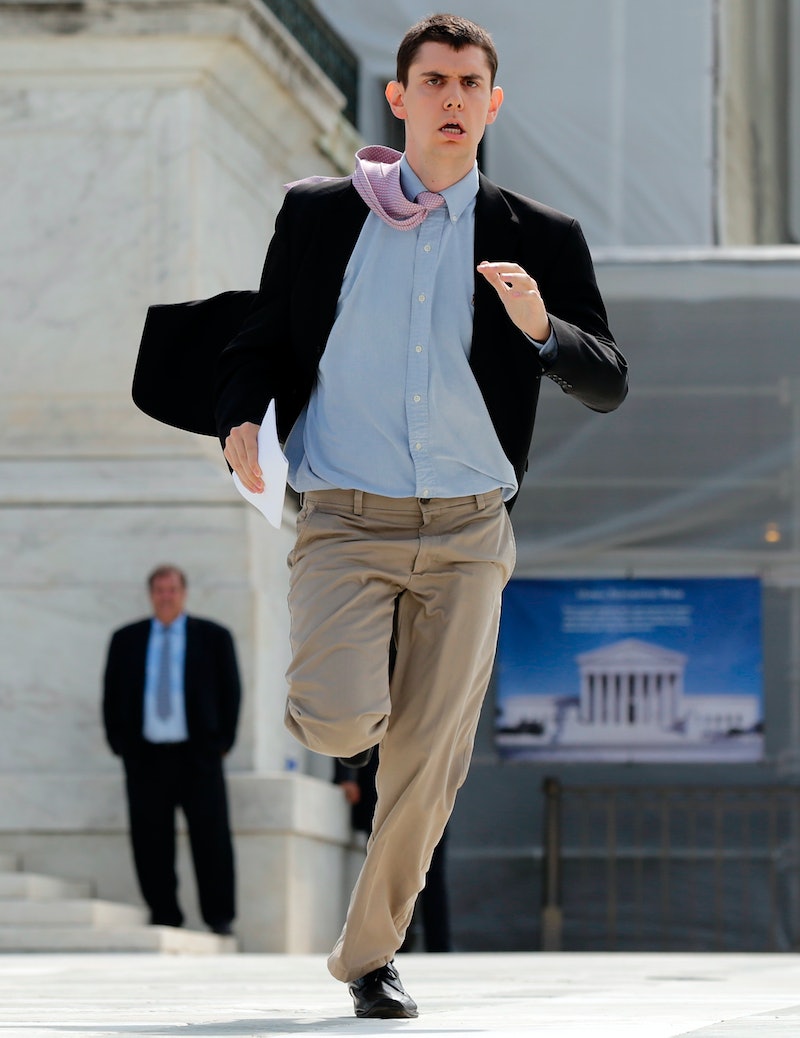 Some are calling National Transportation Safety Board intern Alexander Fields-Lefkovic the “world’s worst intern” after he confirmed made-up people as the pilots of the ill-fated Asiana Flight 214.

But let’s not get ahead of ourselves. Yes, getting your boss sued is definitely a faux pas. As is failing to notice that “Ho Lee Fuk” and “Bang Ding Ow” are probably not real names. But does Fields-Lefkovic really deserve the distinction of worst intern ever? Here are five things interns have done that are right up there with landing your would-be employer at the center of an international scandal.

Stealing moon rocks from your boss: NASA interns Tiffany Fowler, Thad Roberts and Shae Saur: Maybe NASA didn’t give them enough to do. In 2002, a trio of interns used their NASA IDs to sneak into the Johnson Space Center and pilfer a 600-pound safe containing moon rocks worth thousands of dollars a gram. They were caught when a Belgian rock collector contacted the FBI after seeing an ad Roberts had posted looking for a "private buyer."

Lying to your boss (and 3.6 million readers): Wall Street Journal intern Liane Membis: Yale student Liane Membis’s summer stint at the Journal came to an early end when she was caught fabricating sources. But she hasn’t been put off journalism: on her LinkedIn, she says she’s “passionate about transforming the media/entertainment industry.” Transforming it how, Liane? By making it less accurate?

Suing your boss: Too many to list: Diana Wang, who completed an unpaid internship at Harper’s Bazaar in 2011, can be credited with (blamed for?) starting the trend of suing your employer under the Fair Labor Standards Act. (Actually, “employer” is probably not the right word, since “employ” means “give work to someone and pay them for it.”) Wang’s internship — which she claims involved 11-hour days filled with tasks like unpacking a trunkful of individually wrapped accessories to find a single misplaced necklace — does sound pretty dire. Other companies that have seen the tables turned against them by their former peons include Condé Nast, Gawker, PBS, and NBC. Points for being proactive?

Getting your boss impeached: White House intern Monica Lewinsky: I'd give the "worst intern" prize to Lewinsky. Fields-Lefkovic can only hope his slip-up won’t mean he has to move abroad, design handbags and publish a salacious memoir because no one will employ him.

This list kind of reads like an argument in favor of doing away with internships altogether. But hey, if the point of an internship is to get noticed, these interns have gone above and beyond. Spilling your boss' coffee doesn't look so bad now.