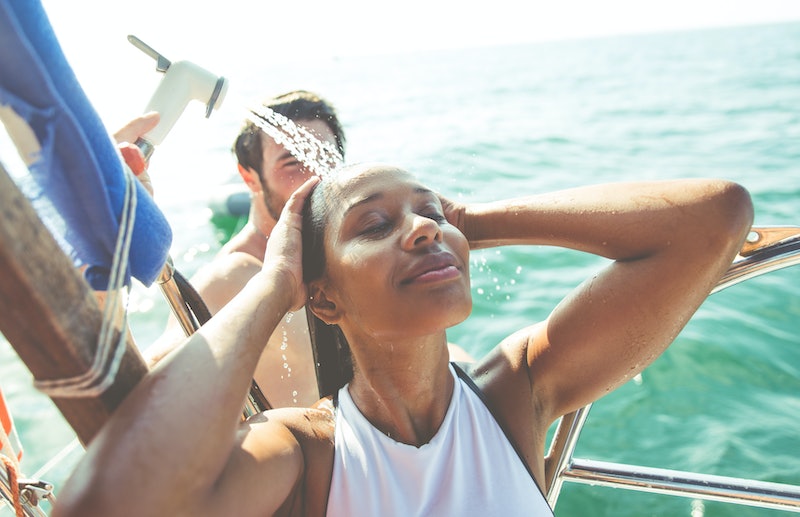 According to OpenMinded, "Capricorns are not only known for their intelligence and wisdom, but are also notoriously curious and intuitive," which may nudge them toward seeking open relationship models. But there are a few other traits that might make Capricorn folks particularly well-suited to polyamory. For one thing, Capricorns are highly organized and detail-oriented, so finding Google Cal-managing, date-planning, time-balancing, and partner-juggling to be pleasurable activities (rather than overwhelming or tedious ones) make open relationships run that much more smoothly.

Capricorns are also ruled by the "responsible" planet Saturn, which endows them with a sense of discipline, diligence, responsibility, and maturity. All of these qualities are essential for ethical non-monogamy, which requires its participants to maintain open lines of communication, to be able to recognize their own needs, and to have the stamina and drive to nurture multiple relationships at once. Capricorns get a bad rap for being "work-horses" but they derive a great deal of pleasure and satisfaction from the payoff of hard work.

Here's how the other signs view non-monogamy, according to astrologer Mecca Woods of MyLifeCreated.com.

Taurus — Second Most Likely To Be Polyamorous

"They're ruled by planet Venus which can make them prone to overindulgence when it comes to love affairs. Also, while Taurus is another Earth sign that ideally wants a monogamous marriage, it takes Taurus a very long time to make up their minds about who they choose to settle down with, as they only want someone who can meet their high standards. While they're shopping for that one-of-a-kind mate, they don't mind having multiple partners," Woods tells Bustle.

Aquarius — Third Most Likely To Be Polyamorous

"Aquarius, ruled by rebellious Uranus, is the zodiac sign more likely to go for relationships that mainstream would deem as unconventional or non-traditional. It's no surprise that Aquarius tops number three on this list," Woods says.

Sagittarius — Least Likely To Be Polyamorous

"Sagittarius is known as the bachelorette/bachelor of the zodiac and would seemingly be more open to poly relationships than most, as Sags hate to be committed to just one person (or thing). Asking a Sag to settle down or focus their time and attention on only one of anything is like asking a Sagittarius to drop dead. [One] reason Sag could be last on the list is that Sagittarius is associated with philosophy and religion, in addition to travel and world culture. For all of their big thinking, I've seen many a Sag become dogmatic and prudish when presented with unconventional points of view because of this influence," says Woods.