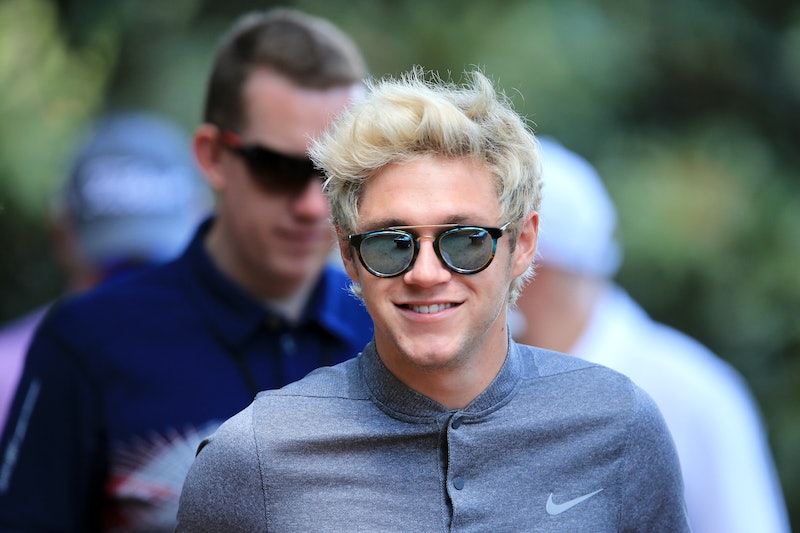 Niall Horan has officially gone in his own direction. Following One Direction's decision to take an extended hiatus during 2016 — and possibly forever — Horan has become the latest member of the boy band to solidify a solo career of his own. And now, after dropping his first solo song, "This Town," on Sept. 29, the singer is proving that he's more than just another back-up vocal. So, as with the release of any new single, now there's likely only one big question on the minds of fans: When will Horan's solo album come out?

Well, anxious Directioners, your long wait for new music may soon be over — if you're a Horan fan, that is.

While Horan himself has yet to confirm an official release date for his upcoming album, there certainly is reason to believe that the new album could be coming sooner rather than later — after all, the single just dropped, so more music has to be on the way soon! In fact, along with his initial "This Town" announcement on Twitter, Horan was sure to mention that he's "Been workin in the studio," too. If a full album doesn't drop by the end of this year, I think it's safe to anticipate something in early 2017, at least.

Of course, perhaps there's a chance that the boys of One Direction know more about this new album than we thought? After all, Harry Styles, Louis Tomlinson, and Liam Payne all took to Twitter to share their support for Horan's new single (and overall new music) as well. And, while they're most likely not tied to this album, the support of One Direction around Horan's latest success is as heartwarming as a Directioner can get for the time-being. Seriously, I think they're just as excited about all of this as we are.

So leave your calendars open. Because more information on when this album is coming out will be here any second. It's only a matter of time.