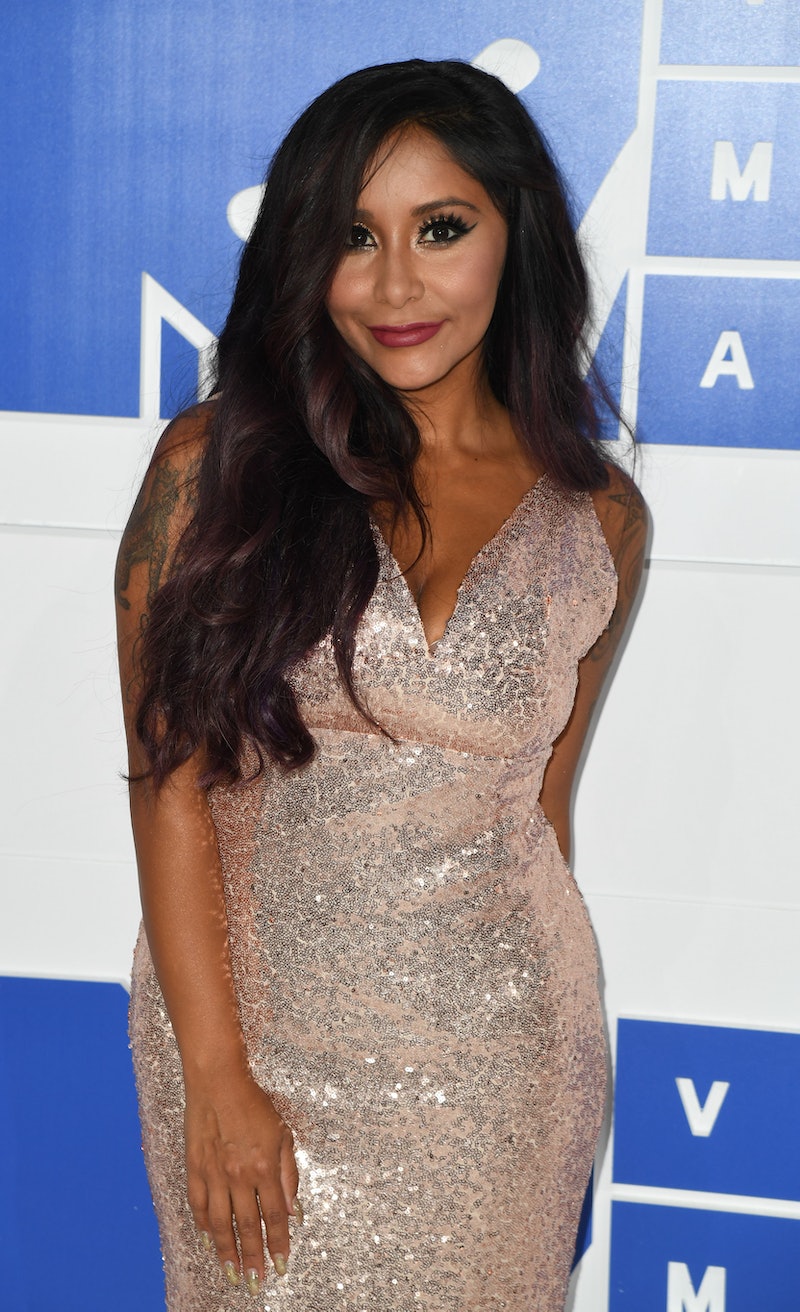 I have a confession to make: I’m from the Jersey Shore and, yes, I was a HUGE fan of MTV’s Jersey Shore. But, even more so, I was – and am – most intrigued by Nicole “Snooki” Polizzi, the 4-foot-8-inch “meatball” who stole the show week after week and managed to completely reinvent herself once it ended.

But let me back up just a minute. When Jersey Shore premiered in 2009 I was actually equal parts annoyed and entertained by it. Learning that most of the cast was from New York and NOT New Jersey definitely made my blood boil. Having grown up in Central Jersey (Monmouth County, what whattt), it was pretty much mandatory to despise any and all bennies – you know, the tourists from North Jersey and New York that’d invade our beaches every summer. But I gave the show a chance and instantly fell in love with The Situation, Pauly D, JWoww, and the entire cast. They were entertaining. They were funny. But, more than anything, they were typical twenty-somethings figuring things out and having fun out on their own.

I think that’s why I’ve always had such a strong appreciation for Snooki. In ‘09 I was a recent college grad just figuring out how to adult. Nicole, who, by the way, is only four months younger than I am, partied, tanned, and lived her life out in the open. There were ups and downs, and that’s why she was always so relatable.

On Friday, September 30, Nicole took over the "Celeb News" stream in the Bustle App to talk about her days on Jersey Shore and how much life has changed since having kids.

Here are highlights from the takeover:

Motherhood Is Hard, But So Worth It

The one piece of advice that was most helpful as a millennial mom? "Not to second guess my parenting skills," Nicole says. "I was beyond worried how I would be as a mother but I'm pretty badass. Avoid the mom shaming! Do what you think is right for your baby."

Jersey Shore Was As Great As It Seemed

"I loved being on Jersey Shore," Nicole says. "My favorite part was just the experience of it all, the friendships I made, and how cool it was to be on the number one reality show."

And, Yes, She's BFF With JWoww In Real Life

"JWoww & I are both crazy b*tches that get each other," Nicole explains. "She will kill someone for me if I ask her. She's a ride or die." That's why they launched 'Moms With Attitude' together. "Fans love it because they can still see us interact as BFFs but also see us as moms!"

The Hair Bump Was Easier Than It Looked

According to Nicole, her signature hair bump on the show was a piece of cake. "[It] took me seconds. I was a pro. Plus my thick hair helped. I've been doing it since I was 15 so it was super easy by the time I was on Jersey Shore at 21."

The Highs & The Lows Were Worth It

Nicole's not shy about admitting she has regrets from living her life in front of the cameras 24/7, calling her time on Jersey Shore a "shit show." "But I figure everything that happened made me the person that I am today and I can't complain about that."

"Being in the spotlight has empowered me to be a boss b*tch," Nicole says. "There's so many opportunities and picking the right ones for my brand and being successful at it is so thrilling."

The best news? This isn't the last we've seen or heard from Nicole. "There's a lot coming up for me so sorry to invade your TV screens again!"

Check out the "Celeb News" stream in the Bustle App to see Nicole's takeover in its entirety and get up-to-the-minute updates on absolutely everything you care about.