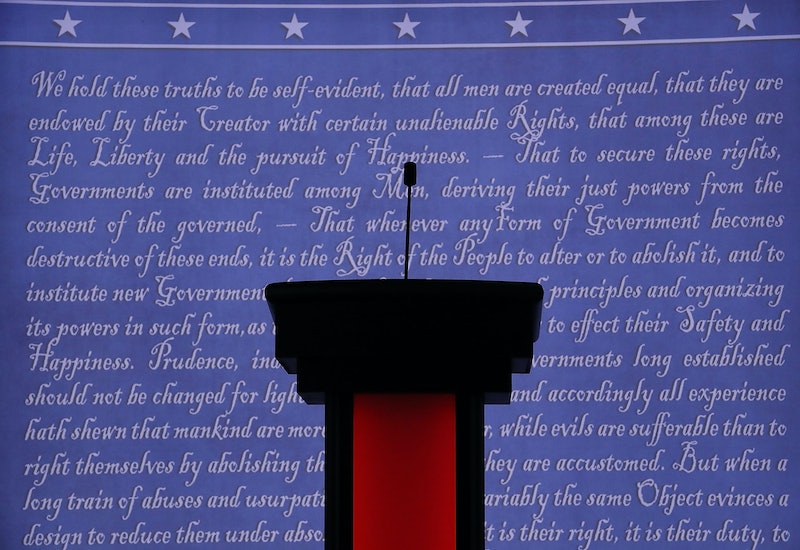 We're finally in the home stretch of election season 2016, and that means there's just a few debates left. After what seemed like an endless stream of primary debates in the spring (especially with the Republican candidates) we are finally going to get a chance to see the vice presidential picks go at it out onstage. So how many vice presidential debates are there?

Just a single debate, actually. In those 90 minutes on Oct. 4 beginning at 9 p.m. at Longwood University, Indiana Gov. Mike Pence and Virginia Sen. Tim Kaine will have the opportunity to convince voters why they and their presidential candidates should be elected to the White House. CBS News' Elaine Quijano will moderate the debate.

Without the distraction of Donald Trump's near-daily tirades and Hillary Clinton's pneumonia, emails, or decision to smile or not, voters will finally get a chance to feel out their righthand men on national TV. So much of this election cycle has paid attention to Trump and Clinton both because of their personalities and histories. The debate is the time to look at an important decision each of the candidates has already made: who to be on deck for the presidency.

The vice presidential debate is the first debate Longwood University will hold. In an interview with ABC News, Longwood University president W. Taylor Reveley IV said that the process in the decision making for the debate to be held there took about two years to complete. Peter Eyre, a senior advisor for the Commission on Presidential Debates told ABC News that the decision to host the debate at Longwood included factors like the facilities, local police, law enforcement, hotels, and transportation. Also considered was the school's proximity to historic sites. According to Reveley, the parts of the campus were sites of the end of the Civil War. And the civil rights movement played a part in other areas of the campus.

Unlike the first presidential debate, the vice presidential candidates will debate for 10-minute segments on nine different topics. Each candidate will get two minutes to answer the question, then they can respond to each other.

After the vice presidential debate, only two more debates are scheduled before the general election on Nov. 8. Clinton and Trump will face off at third debate that will take place on Oct 9 and then the final debate on Oct. 19. Between now and then, they will attempt to convince the block of voters who still remain undecided to choose them.