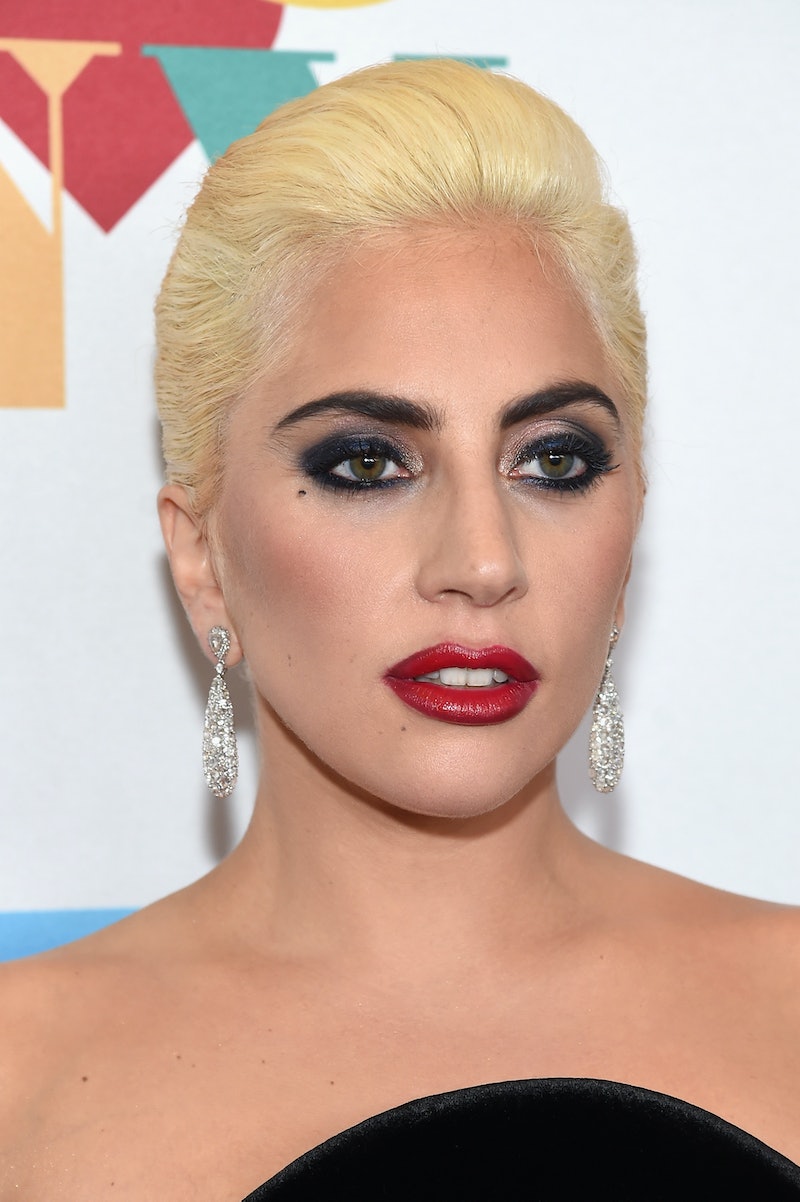 Pop icon, jazz singer, award-winning actress, and Mother Monster Lady Gaga, will headline the Super Bowl LI Halftime Show on Feb. 5, 2017. After weeks of speculation regarding the performance, Lady Gaga finally confirmed the news via Twitter, saying, "It's not an illusion. The rumors are true. This year the SUPER BOWL goes GAGA!" Do you hear that? It's the sound of a million Little Monsters losing their minds. Now that the gig has been confirmed, it's time to start speculating what songs Gaga will perform at the Super Bowl.

This will mark Lady Gaga's second Super Bowl performance, as the singer belted out the National Anthem at the 2016 game in Santa Clara, California. According to a report put our earlier this month by Billboard, that performance helped solidify her spot at this year's show. But, there's another reason the Super Bowl probably wants to go Gaga this year. Mama Monster has been having quite a 2016. The song "Til It Happens to You" from the film The Hunting Ground won her both an Emmy and a Grammy, and was nominated for an Academy Award. Additionally, Gaga won a Golden Globe for her portrayal as the Countess American Horror Story: Hotel. She's also set to be a part of A Star Is Born, a remake directed by Bradley Cooper. Oh, and she's releasing a new album in October.

Here's what Lady Gaga should perform during the show.

"Perfect Illusion," has already become a No. 1 hit on the Billboard + Twitter Top Tracks chart (at the time of this article, it stands as No. 2). "Perfect Illusions" comes from her newest album Joanne, which will be released on Oct. 21.

I mean, this one did start it all.

A lovelorn ballad that's as full of guitar riffs as it is catchy lyrics. A live rendition of this would highlight Gaga's incredible vocal capabilities.

It's basically Gaga's own "Thriller," and therefore one of the most performance-worthy songs in her repertoire.

Empowering, upbeat. What more do you want from a halftime performance song?

This one's a little slower, but for that reason it would be an interesting choice. Let's also consider the iconic 2009 Paparazzi VMA performance (yes, the one with the blood).

Other alternatives include anything from Joanne, as her album will have been out for months when the Super Bowl airs. It's hard to say which new songs from that album will stick with her fans, but knowing Gaga, she'll make the right call on what to perform.