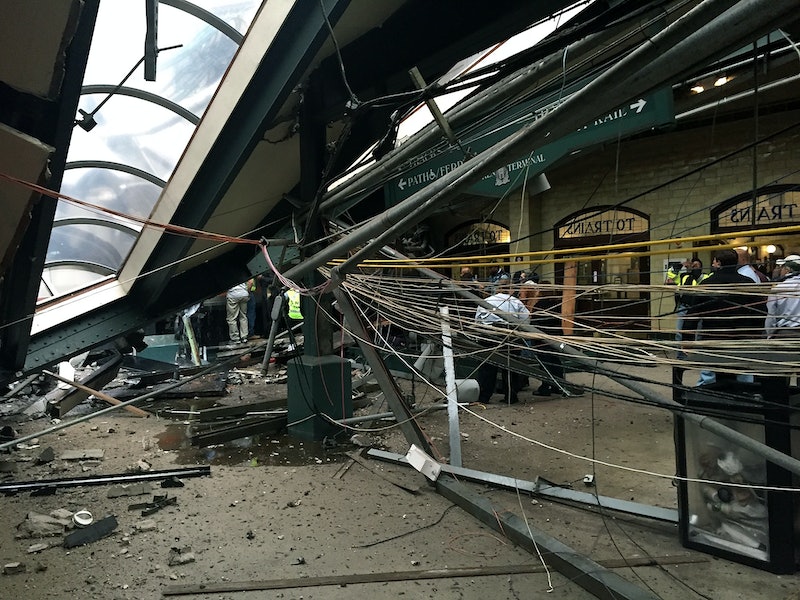 There was tragic news out of New Jersey on Thursday when one person was killed and more than 100 people were injured in a train crash. On Thursday evening, Fabiola Bittar de Kroon was identified as the woman who was pronounced dead after the wreck.

The 34-year-old de Kroon was a mother, wife, and Brazilian native who'd recently moved to New York, a friend told the New York Daily News. A lawyer by training, she married her husband Daan De Kroon eight years ago, according to social media, and the two had a baby girl 18 months ago. Daan was traveling when the train crashed but is coming back to New Jersey.

“She loved being social, going out for meals, hanging out with friends — she and her husband were such a great couple to be with because they had such synergy together,” the friend told the New York Daily News. "They recently made the decision to have a child and I know that was really big for them."

De Kroon was from Santos, Brazil, and before moving to New York, she and Daan had lived in Sao Paolo and Miami. They were planning to have a second child, according to Sueli Bittar, de Kroon's mother. Their infant child, Julia, was in day care during the accident, and Bittar told the New York Daily News that the family plans to move Julia back to Brazil.

Until recently, de Kroon had been a lawyer at SAP, a software company. A spokesman for SAP expressed "our deepest condolences" to de Kroon and her family, and said that the company was "profoundly saddened" by her death.

Over 100 people were injured in Thursday's crash, in which a New Jersey Transit train careened into the Hoboken station during rush hour, sending debris everywhere and causing part of the terminal to collapse. De Kroon was standing on the platform at the time, and she was the only one to die in the accident. The investigation is still in its early stages, but so far, officials believe the crash was an accident, and the White House said that there's no evidence tying it to terrorism.