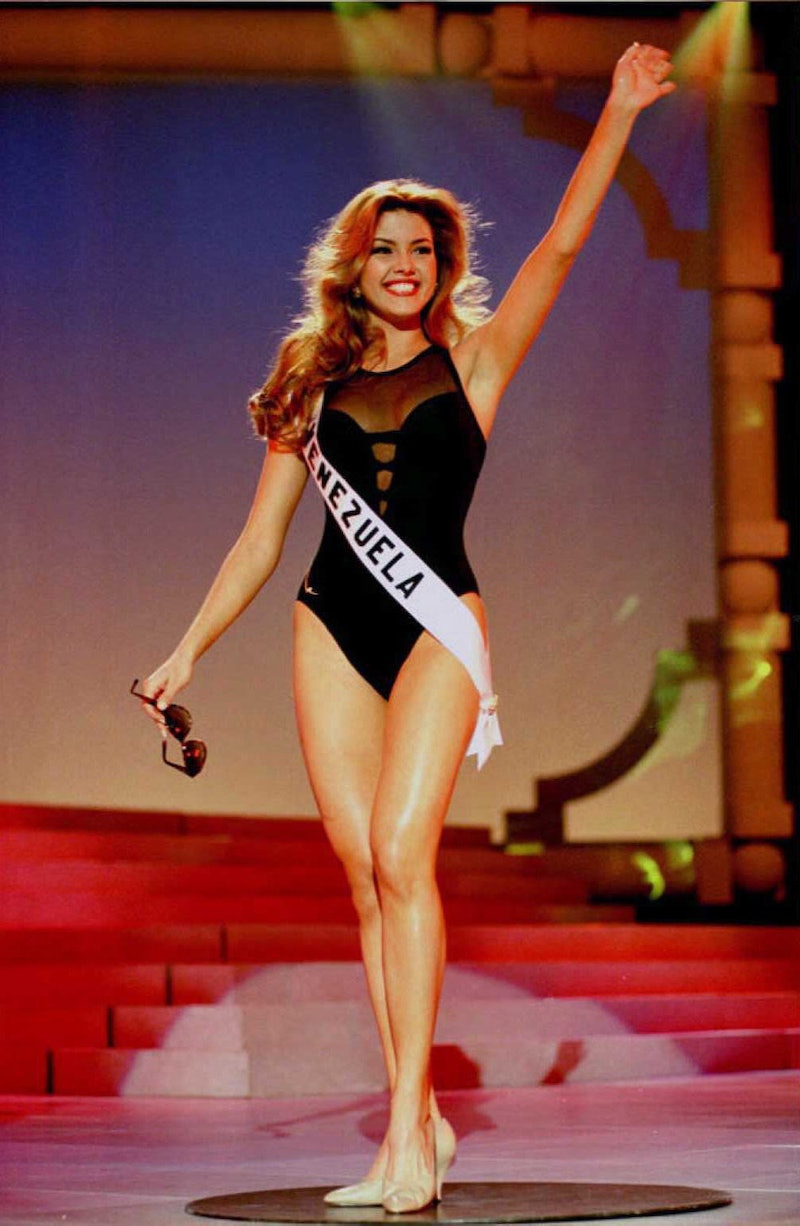 At around 5 a.m. Friday morning, Donald Trump sent several tweets insulting former Miss Universe winner Alicia Machado, calling her “disgusting” in one and “a con” in another. He was roundly criticized for this, of course, because why wouldn’t he be? In response, the Republican presidential nominee fired off another tweet explaining that actually, late night hate-tweeting proves that he’s presidential. But it doesn’t — and in fact, Trump’s explanation of his Machado tweets actually demonstrates that he is unfit for office, and here's why.

Let’s back up a bit here. At the first presidential debate, Hillary Clinton knocked Trump for the some things he had said to Machado 20 years ago when he was head of the Miss Universe pageant. Machado has said that Trump called her “Miss Piggy” because she had gained weight and “Miss Housekeeping” because she is Hispanic, and that he said many other horrible things to her as well. (On Fox and Friends after the debate, Trump said that Machado was a "real problem" and that she'd "gained a massive amount of weight.")

Trump’s biological inability to let any criticism go unanswered kicked in, and he’s spent the last week or so — you guessed it — attacking Machado. In the wee hours of the morning Thursday, Trump took this offensive to Twitter. After sending out a tweet at 3 a.m., in which he engaged in garden-variety media-bashing, Trump sent out several missives aimed at discrediting Machado.

Needless to say, Trump faced immense blowback — both for the content of his tweets and, equally, for the fact that he sent them in the middle of the night. And unsurprisingly, he defended his behavior in a subsequent tweet. It is this tweet that we’ll be focusing on today.

Let’s dissect this a bit. Trump is claiming that the late night tweets he sent are proof that he’ll be responsive and alert as president, even if that means responding to a crisis at 3 a.m. But how, exactly, does his Machado-bashing tweets — or his media-bashing tweet — reflect this? They don’t, of course.

What’s happening is that Trump is confusing his own inability to let go of personal feuds with the qualities that make for an effective president. It’s not surprising: Trump believes first and foremost in his own ability, and then works backwards from there. So, if he feels compelled to fire off a tweet insulting a beauty queen at 5 a.m., then insulting beauty queens at 5 a.m. must, therefore, be a presidential quality. If it wasn’t, Trump wouldn’t have done it.

Of course, this logic only holds if your sole ideological underpinning is the belief that Trump is infallible and perfect, which he is not.

But let’s be entirely clear about this: Insulting people on Twitter in the wee hours of the morning is not presidential behavior. It is the opposite. Presidents are constantly being criticized for one thing or another, and they must have the ability to let some of those criticisms slide. They need to be able to focus on serious issues that affect the entire nation, not petty personal disputes. The notion that the president would feel the need to lash out at someone on Twitter at 3 a.m. because they hurt his feelings is terrifying. It suggests, among other things, a distressingly fragile ego and an utter lack of diplomatic judgement, or any kind of judgement.

In any event, this has backfired on Trump. After steadily gaining on Clinton for a few weeks in polls, his numbers dropped almost immediately after the debate, and have continued to do so amid the Machado feud. Clinton’s polling in battleground states and national polling alike has rebounded, and while correlation doesn’t equal causation, Trump's polling collapse has coincided perfectly with the debate. In short, Trump is back to doing what he does best: digging himself into a hole.