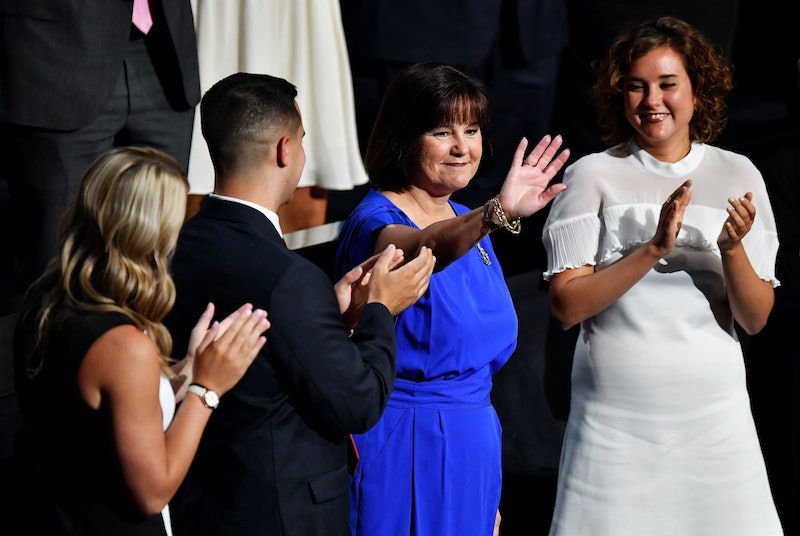 Audrey Pence, the daughter of Republican vice presidential candidate Mike Pence, doesn't always agree with her father's viewpoints. It's hard to blame her — it must be difficult when your father is on the same ticket as Donald Trump. However, Audrey Pence will be supporting her father during Tuesday night's vice presidential debate.

Audrey Pence, the youngest of Mike Pence's three children, has been described in the media as "socially liberal." She currently studies journalism and international affairs at Northeastern University in Boston, and has reported on women's rights and Syrian journalists while living in Turkey.

The youngest Pence daughter has long been known to contradict her father, who's currently the governor of Indiana, on certain social issues. In 2013, shortly after Mike Pence took office, Audrey Pence told local news station WTHR that she was politically independent but liberal on social issues. She added to the news source that she voted a split ticket in the 2012 election — though she did end up voting for her father for Indiana governor.

"[My dad] tells me so many times, 'I am proud of you for having your own opinions and looking into things,'" Audrey Pence told WTHR.

Despite some of her liberal political leanings, Audrey Pence has remained supportive of her father and his presidential campaign with Donald Trump. She took the stage at the Republican National Convention in July with her father, her mother Karen, and her two siblings.

Although she was front and center at the RNC in Philadelphia, Audrey Pence has been missing from the campaign trail. The international affairs major has surely been busy, completing her final year of college, but still, her absence now is in stark contrast to 2012, when she and her siblings campaigned vigorously for her father's gubernatorial bid.

There is also no word yet if Audrey Pence will again vote a split ticket come November and cast a vote for her father and Trump. Audrey Pence's work, academic studies and political views seem to place her in direct opposition of Trump and counter his domestic and international policies. However, Audrey Pence has shown loyalty to her father and their family in the past.

Gov. Mike Pence will face off with Sen. Tim Kaine on Tuesday, Oct. 4 for the 2016 vice presidential debate. The debate will be held at Longwood University in Virginia. CBS News reporter Elaine Quijano, a longtime political journalist, will moderate.