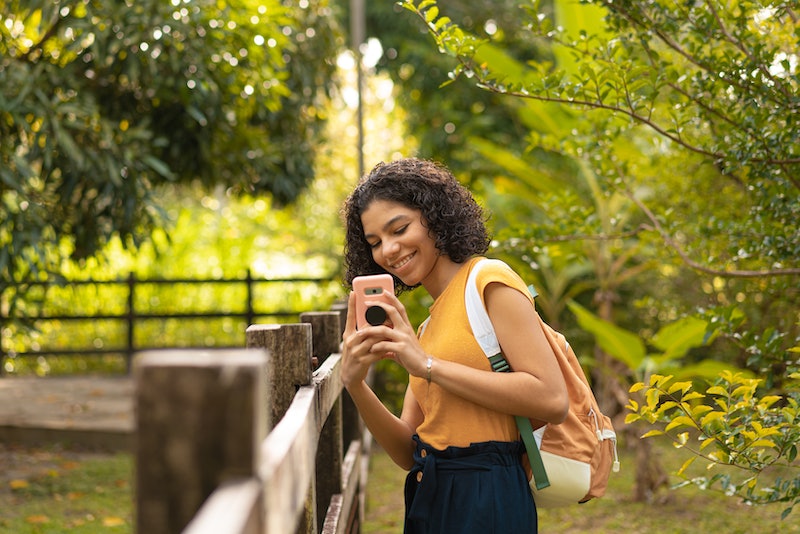 It's hard to put your finger on what exactly makes a person seem "creepy," but as it turns out, the habits of creepy people do have some consistency to them. Defining "creepy" is hard, but most people know creepiness when they see it at least. Thanks to the first-ever scientific study of creepiness, via The Daily Mail, we can now enumerate some of the exact things that are likely to make you seem creepy to others, and the list of creepiness factors is extensive.

Psychologists Francis McAndrew and Sara Koehnke of Knox College in Illinois conducted their experiment to gather genuine empirical information about the nature of creepiness. The results, published in the journal New Ideas in Psychology, aren't terribly surprising, but they do shed broad light on the creepiness phenomenon. At a high level, creepiness seems to be a state of unpredictability that makes others feel threatened. And they infer this unpredictability or threat on the basis of your appearance, behaviors, and lifestyle.

Some of the types of things that make you seem creepy are not really within your control. For instance, males are much more likely to seem creepy than females (sorry, guys). Some occupations seem much creepier than others, especially jobs involving death (like taxidermist) and sex (like sex shop owner). But I'm assuming you're not prepared to change lines of work just not to seem creepy.

However, some dimensions of creepiness are just habits, and you can probably change them if you really want to. Here are some behaviors associated with creepiness, according to science. Read 'em and weep.

Characters who watched a person before interacting were judged to be quite creepy indeed. This kind of staring may give people the impression that you're sizing them up for nefarious purposes, which is pretty unsettling.

Not looking a person in the eye was found to boost a person's creepiness score. Since, in general, people look at things they like and avoid looking at things they don't like, you are correct to feel weirdly about someone who's talking to — but not looking at — you.

Although this should go without saying, asking to take a picture of a stranger (or just doing it) will make you seem creepy. The person is obviously going to worry about why on earth you want the photo.

Spouting off personal details to a stranger was nearly as closely associated with creepiness as asking personal questions of a stranger. Why would anyone have such a strong compulsion to share that stuff with people they've just met all the time? It's creepy.

6. Focusing On One Subject

As if talking about your personal life to strangers weren't bad enough already, talking about sex, specifically, can make you seem creepy in a jiffy. "Steered conversation towards sex" was one of the top creepiness conditions, though actually steering the conversation towards any single topic is a trigger too. Being obsessed with something to the point where strangers can tell right away is also considered unusual and creepy.

The participants in this creepiness study thought that greasy and unkempt hair were strong signs of creepiness, so maybe it's time to bust out your best dry shampoo. And do you really need to re-wear that shirt? Dirty clothes don't do you any creepiness favors, either.

Though there are pitfalls to showing too much emotion too, showing little emotion and acting robotic with a stranger is going to make you seem weird and robotic. Creepy, even.

More like this
These 4 Signs Are The Seductive Sirens Of The Zodiac
By Brittany Beringer
The 19 Best Tweets & Memes About Bisexual Awareness Week
By Lexi Inks
3 Zodiac Signs Most Likely To Be The Center Of Attention
By Nina Kahn
The Prince William & Rose Hanbury Rumours, Explained
By Frances Stewart and Sam Ramsden
Get Even More From Bustle — Sign Up For The Newsletter