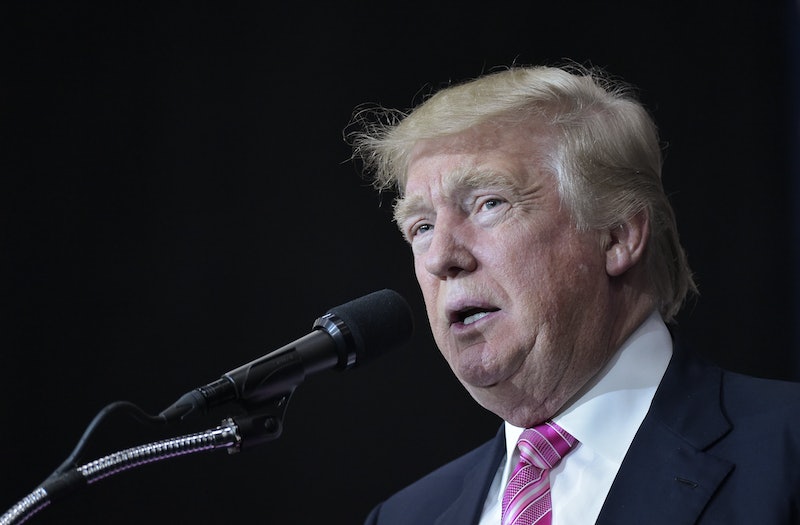 After months and months of refusing to release his taxes, Republican presidential nominee Donald Trump just got hit with what sounds like a major leak ― as exposed in a bombshell report by The New York Times, the latest Trump tax info suggests why he's not releasing his returns. And make no mistake, this could have a big impact on the race.

First things first, the essential background: according to the Times report, a copy of Trump's 1995 tax returns were sent to them with a very notable return address ― Trump Tower, New York City. Naturally, it's not known who leaked the return and why, but that's probably going to be a hot topic of conversation within the Trump campaign in the days and weeks to come.

The upshot, in simple terms, is this: in 1995, Trump reportedly declared a taxable loss of $915,729,293, a staggering figure that has big implications for how he'd be taxed over the next several years. That loss of nearly a billion dollars was sufficient to clear more than $50 million in taxes per year ― $50,873,849, to be specific ― over the subsequent 18 years. According to the Times, the authenticity of the return was confirmed by former Trump accountant Jack Mitnick.

The Trump campaign has already offered a response to the story, claiming that the publishing of the tax info proves the Times is "an extension of the Clinton campaign, the Democratic Party and their global special interests." It also refers to Trump as "a highly-skilled businessman."

During the first presidential debate, the issue of Trump's continuing refusal to release his tax returns proved to be an effective point of attack for Clinton, who openly speculated that Trump was paying zero in income taxes, a claim which led Trump to interrupt with a very telling statement: "that makes me smart." Trump then denied acknowledging he'd paid no income taxes immediately following the debate, despite what a record-setting viewing audience had just watched him say.

The question now is how the Trump campaign will answer this in the days to come, whether you're talking about surrogates or the candidates themselves. Trump has steadfastly insisted (as he again did during the debate) that he will eventually release his tax returns, but not until an IRS audit he says he's under is finished. Being under audit does not prevent one from releasing their tax returns, however, and neither Trump nor his campaign have provided any evidence to prove that the audit is real.

More like this
Prince William Condemns “Unacceptable” Comments Made To A Black Guest At Buckingham Palace
By Shahed Ezaydi
Matt Hancock Broke a Major Rule With I’m A Celeb
By El Hunt
We’ve Got A Text! Another 'Love Island' Series Is On The Way
By Darshita Goyal
How To Follow The New Royal Family Social Media Accounts
By Sam Ramsden
Get Even More From Bustle — Sign Up For The Newsletter