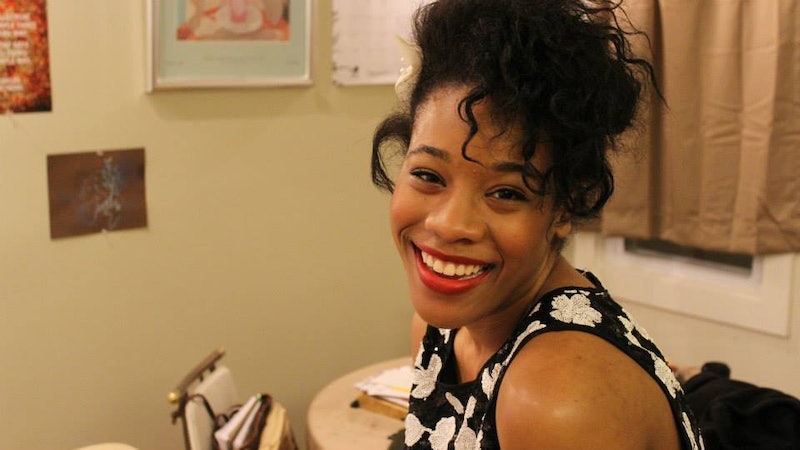 I do not remember the moment I became jealous of my older sister. I think it was a gradual change, as though I grew into it. As a kid, I did not understand why I felt negatively toward my sister; all I knew was that she was “pretty” and I was not.

My sister and I look a lot alike. With our plump noses and full lips, we could almost be mistaken for twins, if it were not for one thing: our complexions. My sister is half Black and half Italian, and I am entirely Black. My sister has always had light, olive skin with long, loose curls, while I am about 10 shades darker with tighter curls. Somewhere along the line, I had learned that these differences made her beautiful and me … not so much.

The Oxford Dictionary defines "colorism" as: "Prejudice or discrimination against individuals with a dark skin tone, typically among people of the same ethnic or racial group." A form of internalized racism, colorism teaches us to admire all that is closest to what white people look like.

All of my sisters have light skin; in fact, the only woman in my immediate family with a darker skin tone than mine is my mother. When I was a little girl, walking around jealous of my sister, I did not know what colorism was. Thus, I did not know that it had permeated me and my family dynamic like a disease. Sometimes, when my sisters and I fought or joked around with one another, it seems that their favorite insult for me — and only me — was “you’re ugly.”

When we were young, it seemed that family members, friends and strangers alike would instantly fall in love with my sister, raving about how beautiful she was and how she had “good hair.” But when it came to me, they were silent.

Once, when I was about 10 and my sister was 11, we walked to the corner store and ran into the rowdy neighborhood boys. One, the meanest of the bunch, looked at my sister and said, “Look at this beautiful one.”

Then he pointed to me, and said, “And this monster.”

I know, harsh. He was a total jerk, but that was the reality of living among undiagnosed colorism. When my friends or kids at school would meet my sister, they would not initially believe she was my sibling, because we “look so different” — and they’d rave about how beautiful she was, too.

Now, as a 24-year-old, I could handle those situations with no problem; but as a little girl, younger than 12, it really damaged my self image. And rather than having the tools I needed to address the issue, my childish instincts moved me to envy my sister.

Much like all conditioning, colorism usually happens on a subconscious, psychological level — it’s almost impossible to realize that it’s happening. I believe that was the case with my mother. She was a wonderful parent, but I’ll admit that I did not always get the compliments, affirmation and encouragement that my sister got. I would sometimes catch her looking at and treating my sister more favorably than she did me. And I could never shake the feeling that maybe it was because I did not look like my beautiful sister.

Although it was difficult, I’ve grown out of being angry with the school kids, my friends, my mother and my sister. Now, I know that the issue was not that I was unattractive, but that the people around me had ideas of beauty that had been dictated and controlled by standards I did not meet — standards they had been conditioned to value more than others.

I had fallen victim to colorism, too. As a kid, I’d watch a lot of TV (and I do mean a lot) and would see thin, blonde, white women and men with fine hair, and I had learned that all of those things were beautiful. Through music, television and radio, I had been programmed to believe that a certain look was beautiful, and that if I did not measure up to the thin, blonde, fine-haired women I saw on television, I had better keep trying.

In my developmental stages, when I was at my most vulnerable, it seemed that I was being told left and right that my dark skin was not beautiful. It's difficult to feel beautiful when society has so much power to define what is attractive — and your skin tone doesn’t make the cut.

As my sister and I grew older, I began to realize why I was jealous of her. And still, I did not have the tools I needed to address the issue. So, I was still envious — I just got better at hiding it. My sister was nice enough, though. She’d often compliment my beautiful “chocolate” skin and declare how much she loved my curvy body. But the colorism had already done its damage.

As a child, my self esteem was non-existent and when my family and I moved to a predominantly white town, I couldn’t help but feel salty when all of the white kids fell in love with my petite, light-skinned sister.

To them, my sister was exotic. She was “ethnic” but not “too ethnic,” while I wasn’t anything. All of the boys and girls at school were enamored with my sister, and I received blank stares and awkward looks as they complimented her and ignored my existence.

Spending my teen years in a predominantly white town all but destroyed my self esteem, thanks to colorism. It seemed as though my dark skin disqualified me from many things — like dates and being asked to prom — and it was difficult for me to relate to the other students because a lot of them did not know many black people, and so did not seem comfortable around me.

It wasn’t until the end of my college career that I began to break free from the chains of colorism. I would read magazines and watch television shows and movies and see women with natural hair. Honestly, up until my final years of college, I did not know that my natural, curly hair was socially acceptable; I had gotten a perm at 13 and did not look back.

But I eventually began to embrace my hair, my skin and my beauty as I was transitioning out of college. And honestly, it was only after I had seen my favorite celebrities embracing the features I had been conditioned to hate that I learned to love and defend them. And part of me hated this, it was almost as if I had been waiting for permission to love myself.

It did not come easily, though. I spent time undoing the conditioning that had taught me to hate the way I looked, peeling back the layers of self doubt, low self image and insecurity that came with colorism. I decided that my hair, skin and body are all beautiful, simply because they’re mine. I learned to love myself without condition.

Perhaps the most wonderful thing that came from my overcoming colorism and loving myself is that I’ve learned to fully love and appreciate others, as well. Now, my sister and I are able to joke about the past, and she was even excited when I told her I’d be writing this article. Now, I can talk about my sister’s pretty hair, her olive skin and her petite body in praise rather than envy. And I can do the same for others. Loving myself has freed me to love other people, and all of our differences.