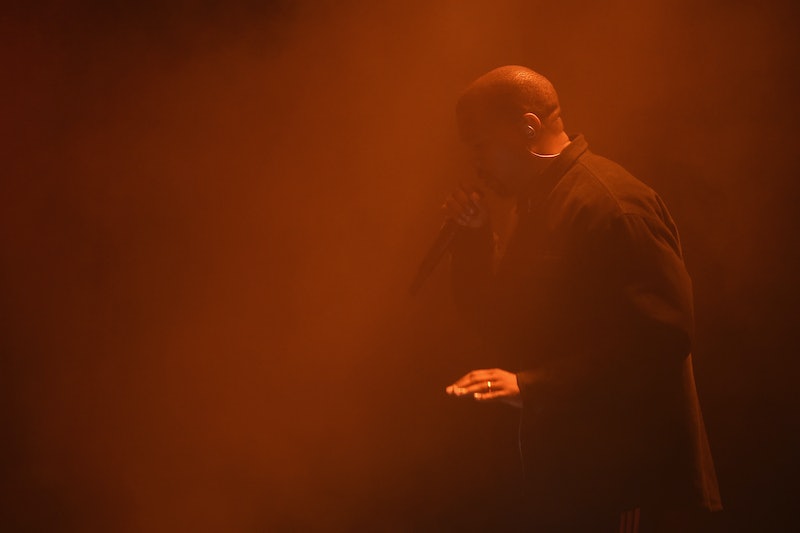 On Sunday night, hip hop's newsmaker-in-residence Kanye West abruptly left the stage during his set at The Meadows festival in New York City's Mets stadium, and cited a "family emergency" for doing so. Fans are wondering: why did Kanye West cut his concert short? The family emergency involved his wife Kim Kardashian West being held at gunpoint, which was first reported by Joe Sutton of CNN.

West was reportedly in the middle of the song "Heartless" when he found out about the family emergency, and then told the crowd "I'm sorry, I'm sorry. Family emergency, I have to stop the show." Ten minutes later, a representative from the festival came onstage and told the crowd that West was no longer on site.

Kardashian West, who's been in Paris for the French capital's fashion week for the past week, was reportedly held at gunpoint by men posing as police, according to one of her spokespeople. In a statement to Bustle, Kardashian spokesperson Ina Treciokas said the entertainment tycoon and mother of North and Saint West was robbed inside her hotel room by "two armed masked men dressed as police officers," and that she was "badly shaken but physically unharmed."

Mike Kravchenko, a teenage fan who was in attendance at the concert, told NBC that the crowd was "in shock" when West announced his exit mid-song. "Most people didn't believe it and thought it was an act," Kravchenko said.

The Twitter moments feature about the West family emergency shows that many users expressed outrage over crowd reactions, some going so far as to boo and to claim that West's abrupt exit was "so Kanye."

So far, there has been no news regarding the whereabouts of power couple's children during the troubling incident, but all members of the family are reportedly safe.