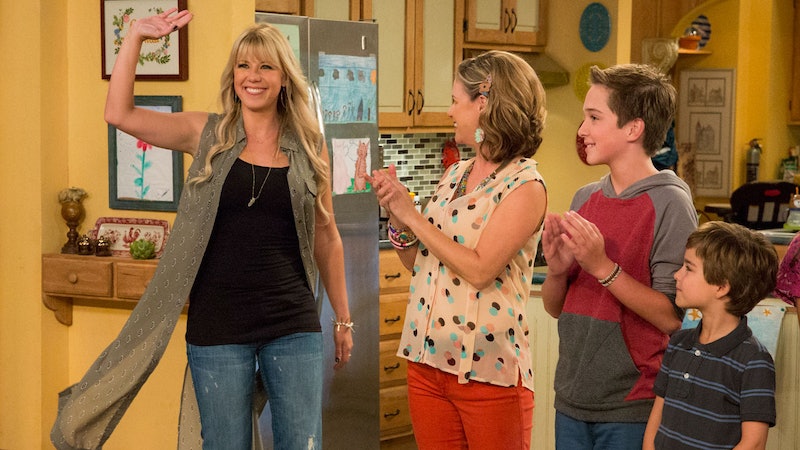 If you're a '90s kid, you're probably pretty psyched about all the nostalgia-based excitement we seem to have surrounding us at all times — you're counting down the days until another classic '90s show gets rebooted, you're sipping on some Crystal Pepsi, and you're generally reliving your glory days. If you're not a '90s kid, you're probably telling the rest of us to get over it already. But the joke's on you, because it turns out there is some actual science behind Millennials' obsession with the '90s. So if you've ever wondered why it feels so gosh darn gratifying when one of your favorite former trends is resurrected or when that show you never missed gets a reboot, you've come to the right place. Let's talk about our beautiful, '90s-loving brains, shall we?

When you take a look at pop culture right now, it is quite literally awash in '90s nostalgia — a trend which is largely thanks to aging Millennials. In case you missed this categorization, "aging Millennials," also known as "older Millennials," is the name given to the group of Millennials who kind of toe the line between the '80s and '90s. We were typically born in the early to mid '80s, and therefore we have very different cultural touchstones than our Millennial brethren who were born in, say, the mid to late '90s. Because aging Millennials are the decision makers in many households today, marketing is often geared towards them and trends are driven by them.

So why is that what we want — and what we're being given — is a revival of all things '90s? One theory tendered by Cristel Antonia Russell and Sidney Levy as part of a study published in the Journal of Consumer Research is that people crave things that are familiar to them (a behavior that is called volitional reconsumption) because it allows them to maximize emotional efficiency. In other words, they can process what they are seeing or experiencing much easier emotionally. They don't have to dive into the depths of their emotions to truly figure out the way they feel about whatever it is they're reconsuming, because they already have a reference point in past experiences.

Psychologist Neel Burton, the author of Heaven and Hell: The Psychology of the Emotions, takes this logic a step further, telling the Huffington Post, "There are a great deal of things that we do not at all feel compelled to re-watch or re-read, particularly in a world in which we have access to virtually limitless entertainment and cultural material. The things that we do feel compelled to re-watch or re-read are those that provide us with either comfort or perspective."

And this line of thought opens up what I find to be the most interesting layer of the neuroscience behind nostalgia — the reason why we aging Millennials are holding onto the '90s for dear life. Interestingly, it has a lot to do with the future. In a study published in the Personality and Social Psychology Bulletin, researchers found that nostalgia boosts optimism over what's yet to come. The added comfort or perspective we get during volitional reconsumption is a feeling of hope for what is ahead. This, in turn, gives our lives a sense of meaning.

Nostalgia, then, serves a critical function in the lives of aging Millennials. With everything that is going on in the world right now, it's no wonder we keep returning to a happier time or that our brain is diverting us to things that will help us retain hope for the future. We need reminders that not only was the world full of goodness when we were growing up, but that there is still good in the world and there will be good moving forward, too. Sounds like a pretty justifiable reason for the '90s renaissance to me. Someone get me some Lisa Frank stationery and cue up Fuller House!