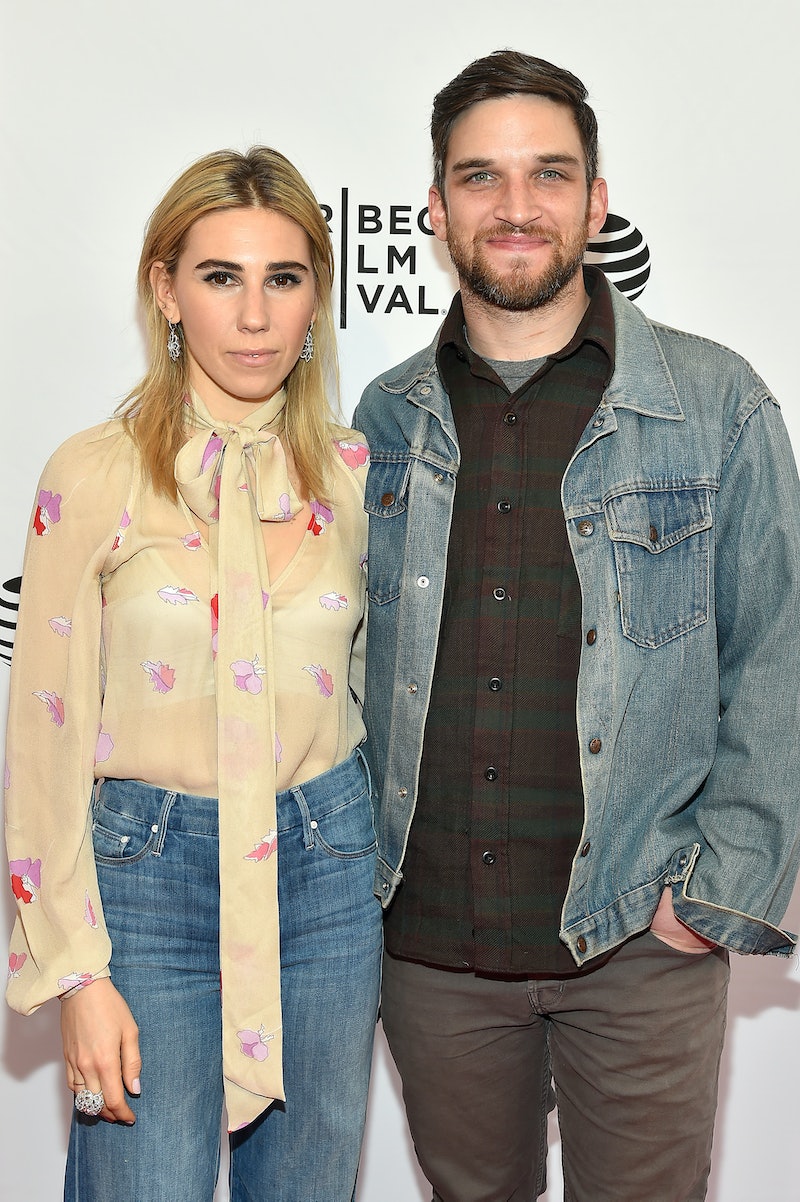 It's always wonderful to see love blossom in real life, especially when it involves an actor you love watching on television. On Sunday, Girls actor Zosia Mamet married Evan Jonigkeit in upstate New York, her rep confirmed to Us Weekly. According to a source, they said "I do" at Cedar Lakes Estate in Port Jervis, New York. While you likely know Mamet from Girls, let's to get know her new husband a bit better by figuring out exactly who Evan Jonigkeit is.

First, their wedding was clearly was a success, as Mamet shared on Instagram, "@evanj550 my best friend, my soulmate, my HUSBAND, I love you. Here's to forever and a day." Jonigkeit also expressed his happiness on Instagram by writing, "Last night I married my best friend." Both her hairstylist and makeup artist also confirmed the news on Instagram, and her hairstylist, Tommy Buckett, spoke with Us and said, "Zosia was very cool and relaxed the whole day."

Like his wife, Jonigkeit too is an actor. Actually, you may recognize him, because Jonigkeit has starred in several well-known films and TV series. First and foremost, he was in two episodes of Girls as Parker. Funnily enough, Mamet's character, Shoshanna, dated Parker in Season 3. This is an instance where life basically imitated art. In a February 2014 interview with Paper magazine, Jonigkeit opened up how it was filming sex scenes with his real-life girlfriend. "It's really weird! There's forty people in the corner of the room and you're like, 'Okay, I'm gonna go ahead and take my pants off now. Zosia, you ready to go?'" He added, "It's a little uncomfortable but everybody on the set is a pro and we had a good time. Everyone was really chill about it.

That's not the only time Mamet and Jonigkeit have starred opposite one another. They were both in the off-Broadway show Really Really, guest-starred in Season 2 of the Unbreakable Kimmy Schmidt as characters playing husband and wife (below), and also filmed 2016's Kate Can't Swim together.

Aside from his roles with Mamet, Jonigkeit also appeared in 2014's X-Men: Days of Future Past where he played Toad. From that moment on, he's been cast in several other well-known productions, including Broad City, Whiskey Tango Foxtrot, The Good Wife, and Netflix's Easy. His acting resume definitely isn't lacking.

Before becoming a successful actor, Jonigkeit almost became a baseball player. According to a February 2010 feature with Philadelphia Weekly, he went to Temple University on a baseball scholarship, but after discovering his love of acting, he chose the stage over sports.

Good thing he followed his passion, or he may have never met or married Mamet. According to ABC News, Mamet and Jonigkeit have been together since 2013 during their days on Really Really. I think it's safe to say he chose the right career, because it also led him to love.