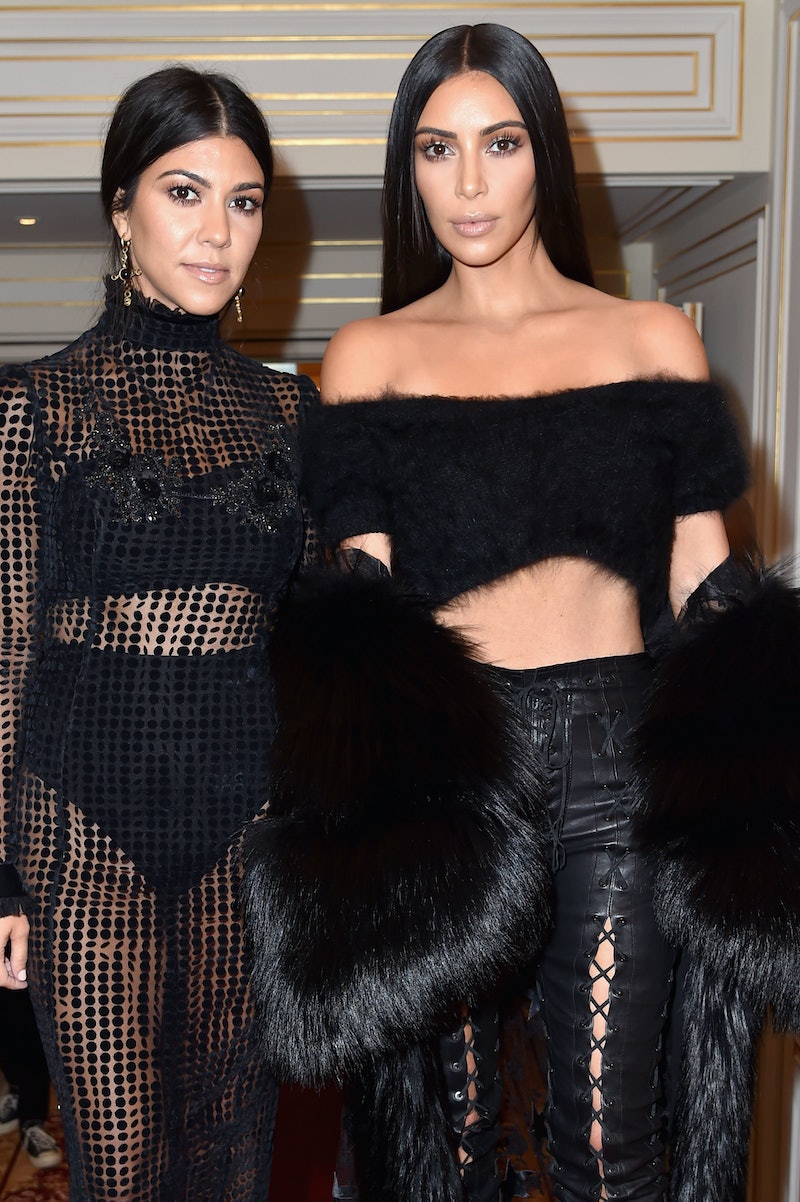 It hasn't even been 24 hours since Kim Kardashian was robbed at gunpoint in her hotel room while she was in Paris, leaving the star shaken up, but physically unharmed, so reports about what exactly went down continue to be released. The latest? It has now been confirmed that Keeping Up With the Kardashians was not filming in Paris while several members of the Kardashian family were in the city. In a statement to Bustle, Kardashian's rep confirms, "They were not shooting in Paris."

In an exclusive statement to Hollywood Life, E! also confirmed that Keeping Up With The Kardashians was not filming during Kardashian's terrifying ordeal. The statement read,

“All of us at E! are incredibly thankful that Kim Kardashian West is safe, and we send her and her family our love and support. 'Keeping Up with the Kardashians' was not filming at the time of the robbery. Our focus right now is entirely on Kim’s well-being."

While the family has reportedly been filming Season 13 for their show since late August, it seemed unlikely that the camera crews and production would be at Kardashian's hotel at that time, considering the robbery probably happened around 3 a.m. Parisian local time. At this point in time, it looks like everyone involved with the show is focused on Kardashian's well-being, and rightfully so, after this traumatic event.