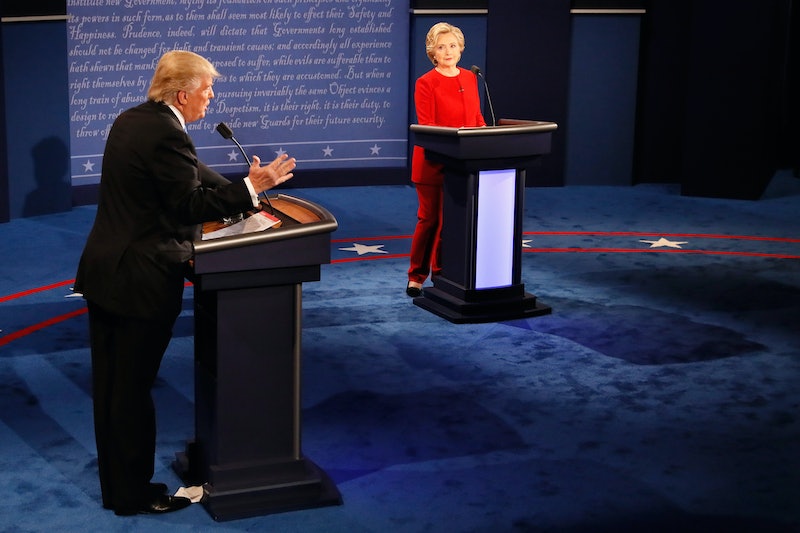 The second debate will be moderated by Martha Raddatz of ABC News and Anderson Cooper of CNN and, unlike the first, will have a town hall format, during which audience members and moderators will both ask questions of the candidates. In an unusual adjustment to the normal debate format, Americans across the country will be able to submit and vote on questions they think ought to be used in the debate. ABC and CNN have agreed to review and consider the top questions. The current leaderboard on PresidentialOpenQuestions.com, the site where voters can post and vote on potential debate questions, features questions about background checks for gun owners, Social Security, term limits, and the Citizens United Supreme Court case.

Like any good television programming, there is a lot of new drama to discuss since last week's installment. The second presidential debate might also see questioning relating to Trump's 3 a.m. tweetstorm about former Miss Universe Alicia Machado, the cease-and-desist letter the New York Attorney General sent to the Trump Foundation on Monday, or the recent allegations that Trump has not paid taxes in decades.

Clinton might face a more protracted discussion of her use of a private email server or additional questioning about decisions she made as Secretary of State. WikiLeaks has indicated its intention to publish material this week that some worry may damage Clinton, and if they do publish something about her, she will likely be asked to address that, as well. Finally, either candidate could be called upon to discuss things that come up in Tuesday night's vice presidential debate.

Trump, in particular, needs this debate to go well. After the last debate, his favorability took a dive while large majorities of voters indicated that they believed Clinton won the debate. He is reportedly preparing for the second debate with Chris Christie, though apparently without conducting formal mock debates. To win the debate, Trump would need to show voters he can empathize with their concerns, can address Secretary Clinton without resorting to personal attacks, and can demonstrate a level of policy mastery on par with Clinton's. On Sunday, America will find out whether he can do it.