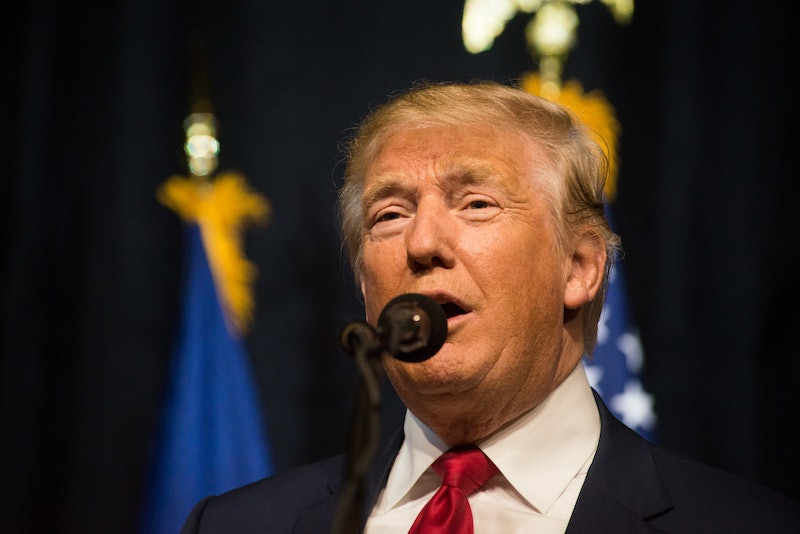 According to tax forms obtained and published by The New York Times, Donald Trump may well have avoided paying any federal income tax for almost two decades. Trump has vehemently refused to release his tax forms, claiming inaccurately that the audit he's currently facing would preclude him from doing so. Needless to say, Twitter had a ball with all of this, and the best responses to Trump's tax revelations provide some insight into just how damning the report is.

Now, to be clear, the documents don't prove that Trump skirted his tax payments for 18 years; they merely show that he could have done so within the bounds of the law. On the other hand, Trump hasn't denied anything in the Times report, and he hasn't denied the suggestion that he didn't pay any income tax for almost two decades. In fact, he said during the first presidential debate that not paying any taxes "makes me smart," although he later denied having said that.

The report was published on Oct. 1, making it a textbook "October surprise," and the good users of Twitter quickly made hay of it, especially with the #LastTimeTrumpPaidTaxes hashtag. Let's take a look at some of the best knocks on Trump's tax fiasco.

It will take some time before we know to what extent this has actually harmed Trump. It is worth noting, though, that in a July poll, 62 percent of Republican voters said that Trump should release his taxes. In a rally in Ohio Monday, Clinton drove home the tax issue relentlessly, and the news came as Trump's national and state poll numbers were already in the midst of a week-long collapse.

If it's possible for Trump to salvage his campaign — and it may not be — he'll need to figure out an answer to these tax allegations. In the meantime, let's have a laugh at the absurdity of a self-described billionaire calling himself "smart" for reporting a billion-dollar loss in a single year.