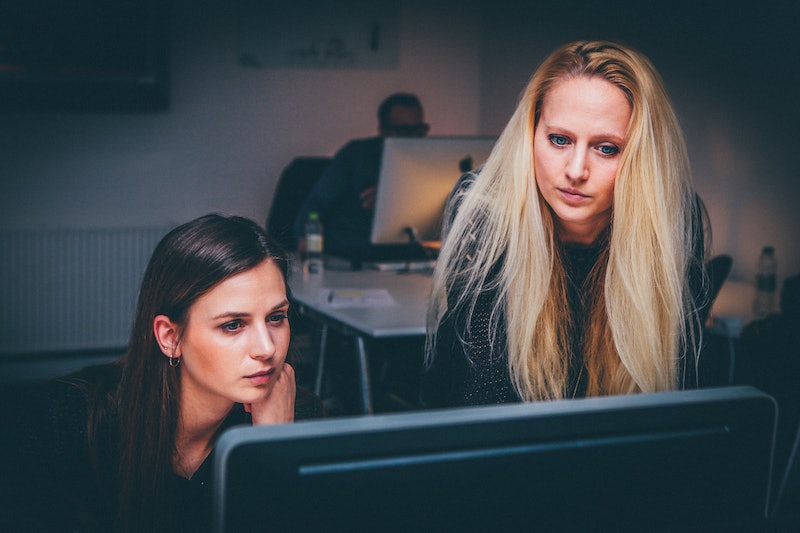 When it comes to achieving gender equality in the workplace, the common wisdom is that we need more women in top leadership positions. But what if some women don’t want those kinds of jobs? A recent study by LeanIn.org suggests that women are less interested than men in executive jobs, for reasons ranging from the difficulty of the work/life balance to concerns about having too much pressure. Given how rare it is for women to even be in the position to advance to top executive roles, it’s discouraging to realize that more women than men are opting out from the start.

Sheryl Sandberg’s nonprofit, LeanIn.Org, partnered with McKinsey & Company to create “Women in the Workplace 2016,” a study analyzing employment data from 132 companies with, collectively, more than 4.6 million employees. The researchers also examined surveys about the workplace experiences of more than 34,000 workers at 39 companies. The study found that the numbers of men and women entering the corporate pipeline aren’t that far off from each other (54 percent of entry level employees are men, while 46 percent are women). And yet, those numbers become increasingly disparate as you advance up the corporate ladder — to the point that only 4.2 percent of CEOs in Fortune 500 companies are female.

One reason of many for that disparity may be that women are less interested in the highest company positions than their male colleagues. The study found that, although most employees (both male and female) want to be promoted, only 40 percent of female workers want to be in top executive positions; in contrast, 56 percent of men were interested in getting to that highest tier. In the survey, both men and women cite the challenges of maintaining a work/life balance as the primary reason that they do not want to be executives. Similar numbers also say they don’t want to deal with the politics that go along with those positions. But one place where men and women really diverge is in their respective perception of pressure; 32 percent of women say that they don’t want to deal with the pressure of being a top exec, while only 21 percent of men say the same. The study suggests that women thus “expect to face more challenges or are doing a different cost-benefit analysis” than their male counterparts.

Another deterrent for some women is that they feel like they won’t be able to really influence their businesses in executive positions. Forty-three percent of women expect that attaining an executive position “will significantly improve their ability to impact the business,” compared to 51 percent of men. “This could be rooted in the different experiences women and men are having in the workplace,” the study’s authors suggest. “Women may not think their ideas and contributions carry the same weight as men’s.”

Even women who do want to become executives are starting with lowered expectations: More men than women believe that they’ll actually be able to achieve their goals of attaining senior positions. Women’s assumption that it will be harder for them to reach the top may stem from their experiences in the workplace, and their observations of other women in their fields.

The study bears out the perception that it’s harder for women to get into the positions that might eventually lead them into executive jobs. For example, in the first step up from entry-level worker to manager, 130 men are promoted for every 100 women. When women reach the higher tiers of the workforce, they tend to be shuffled from line roles (roles with “profit-and-loss responsibility”) to staff roles (support roles like HR and IT), while men stay in line roles. The problem is that CEOs are almost always appointed out of line roles; in fact, in 2015, “90% of new CEOs were promoted or hired from line roles, and 100% of them were men.”

As Sandberg suggests in an editorial for The Wall Street Journal, “This report is a reminder, yet again, of how much is left to do.” It also reminds us that gaining gender equality in the workforce isn’t simply a matter of getting women in the door. There are more subtle forces at work that leave some women uninterested in top-tier positions altogether, and discourage those who are interested in executive roles from being confident that they’ll ever be able to get there. And that’s something that needs to change.

You can check out the full Women in the Workforce 2016 report here.

More like this
Black Women's Equal Pay Day Highlights An Upsetting Problem
By Brandi Neal
Women Around The World Are Cutting Their Hair In Solidarity With Mahsa Amini
By Darshita Goyal
Here’s Your Daily Horoscope For September 26, 2022
By Mecca Woods
This Tarot Card Means It's Time To Reach Your Magical Potential
By Brittany Beringer
Get Even More From Bustle — Sign Up For The Newsletter