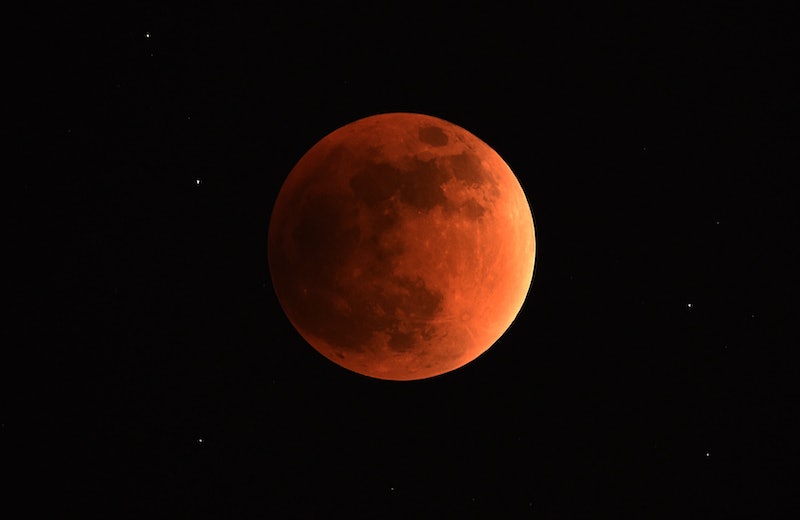 Use "super" as a qualifier, and a mythical sense of rarity begins to sneak in: Superman, Super Bowl, Supermoon. But while there's only one Superman, and only one Super Bowl, how often do supermoons occur? Are these celestial events really as unparalleled as they sound?

Coined by astrologer Richard Nolle in 1979, the term "supermoon" is now used throughout both the astrology and astronomy communities. It refers to a new moon or full moon that is in perigee — that is, the point when the moon is closest to the earth during its monthly orbit — or, at minimum, 90 percent of perigee.

Because this term is relatively broad, there are, on average, four to six "supermoons" per year. In 2016, we will ultimately experience six, because what is 2016 if not "celestially extra." (Just kidding — 2016 is a giant trash fire. We all know that.) On Oct. 16, the third "supermoon" of the year will rise, followed by one on Nov. 14 and one on Dec. 14. The October full moon is regarded as the Hunter Moon, so named because it once represented the ideal time to begin hunting and preserving meat in preparation for the winter.

If you're tracking the lunar cycle, you'll note that a full moon on Oct. 16 means a very spooky, very dark, very moon-less Halloween night is on the docket; we'll be seeing a new moon on Oct. 30, so we'll only see a tiny sliver of moonlight on Oct. 31.

Which is honestly scarier, in my opinion, than a full moon on Halloween. Maybe it's just me, but I like seeing where I'm going?.

Though supermoons themselves are not particularly rare, when they coincide with other celestial events — like 2015's "Super Blood Moon Eclipse," which we won't witness again until 2033 — the effect is stunning. On Nov. 14, for example, we'll witness the largest (read: closest) full moon in this century. The next moon to come close won't arrive until November 2034.

More like this
5 Ways To Help People Impacted By Hurricane Ian In Cuba & Florida
By Emma Carey
8 Completely Unserious Tips To Make Your Cuffing Season A Success
By Ginny Hogan
20 Non-Alcoholic Drinks To Serve At Your Halloween Party This Year
By Rebecca Deczynski, Mia Mercado and Alexis Morillo
14 Scary Campfire Stories To Tell Your Friends
By Charlotte Ahlin and Kaitlyn Wylde
Get Even More From Bustle — Sign Up For The Newsletter