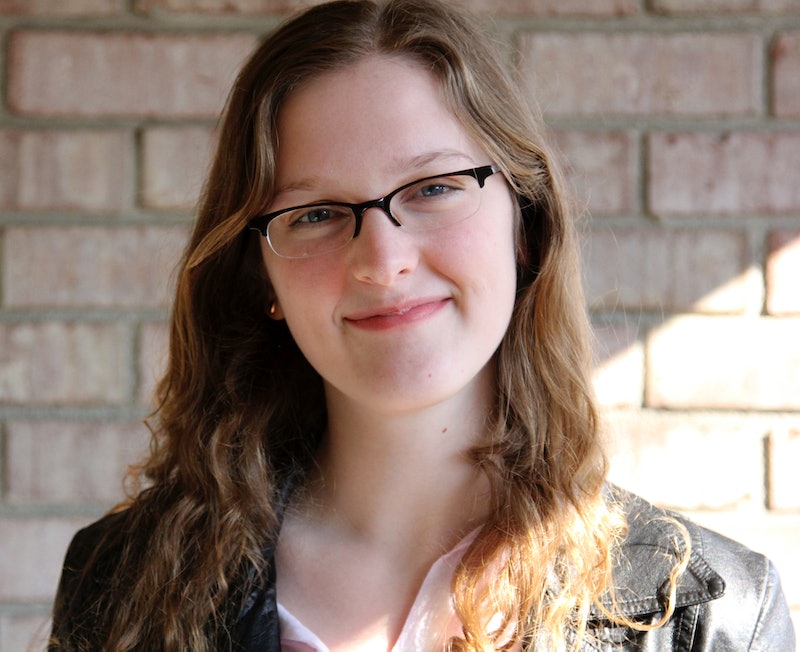 In 2015, author Emma Mills delivered one of the most beloved young adult novels of the year, First & Then. Now she's back with This Adventure Ends, a story about finding the courage to let yourself belong to a community and a place.

In This Adventure Ends , Sloane moves from New York City to Florida, never expecting to find belonging in her new home. But then she meets Vera, a social media superstar with a larger-than-life personality, and her super-serious twin brother, Gabe. When a beloved painting by the twins' dead mother is accidentally sold, Sloane makes it her mission to track it down. Her journey to reclaim the painting takes her across state lines and forces her to push the boundaries of her comfort zone. Sloane, much like the main character of Mills' first novel, Devon, is prickly, sarcastic, and unwilling to let people see past her cynical facade. But when she takes a leap of faith and allows herself to be loved and accepted fully by the people around her, amazing things happen.

The true shining stars of the novel are the characters on the periphery: Vera and Gabe, of course, but also Sloane's father, a bestselling author who attempts to beat his all-consuming writer's block in some unconventional ways. As Sloane bonds with her family, her friends, and a potential love interest, she overcomes her fear of being rejected and allows herself to be seen. It's a beautiful tribute to every high schooler who never felt good enough, cool enough, smart enough to belong.

I spoke to Emma Mills about This Adventure Ends, her inspiration for the novel, and the books she loved as a teenager. Here are five things I learned:

Emma Mills is a fourth year doctoral student who works in a biomedical research lab. And she's written two books. And she's working on her third. "I was already accepted into the program when I got my first book published," she says. "So [the] two things happened simultaneously."

Mills says that she began writing as a child, but she didn't study it in college. "I was a biology major," she says. "It was just parallel interests growing up." She began seriously writing in high school, and her debut novel, First & Then, was released in 2015. As they say, #GirlsRunTheWorld.

2. It Took Her Two Years To Find A Home For First & Then

Mills says she sent out more than 40 query letters after finishing what would become her debut. "It was a two-year period of querying agents," she says. "I was just doing it constantly: hitting the pavement and trying to get an agent."

3. She Can Definitely See The Similarities Between The Protagonists Of Her Two Novels

Both Sloane from This Adventure Ends and Devon from First & Then struggle to let people in — boyfriends, girlfriends, family members. But underneath their sarcastic exteriors, they have a lot of kindness and love to offer the world.

"I think [both Sloane and Devon] have some things in common," she says. "They're both a little bit averse to change — a little bit shut-off from new experiences. But I think Devon is a little more easy-going and a little easier to get along with. Sloane is a little bit more prickly and guarded, but she's still a very caring and passionate person."

4. Her Love Of The Teen Wolf Fandom Led To The Creation Of Sloane's Father

Sloane's father, a Nicholas Sparks-esque author, suffers from severe writer's block. In a subconscious attempt to distract himself from his writing (and spur his creative engines), he becomes obsessed with the fandom of a fictional show about werewolves in high school. Sound familiar?

"I definitely wrote the book because of all the Teen Wolf fanfiction that I had read," Mills says. "For me, it was fandoms first, and this story kind of came out of that — my intense love of fandom."

5. She Was Inspired By A Classic Young Adult Book

"I was inspired by The Mixed Up Files of Mrs. Basil E. Frankweiler by E.L. Konigsburg," Mills says. "It was one of my favorite books as a kid and as an adult... it's a story about a girl who becomes obsessed with a piece of art, which is, in a way, also what This Adventure Ends is all about."