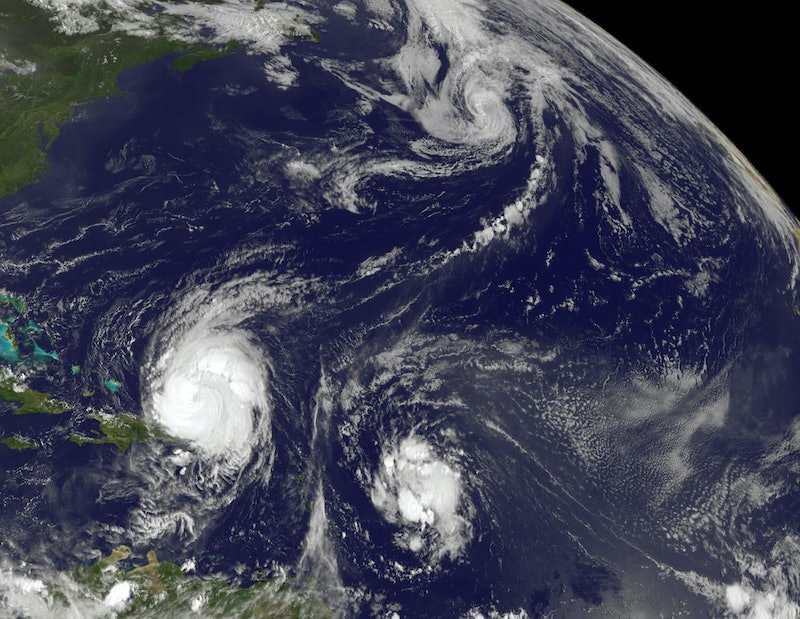 Hurricane Matthew, the Category 4 storm which has been causing devastating damage in the Caribbean as it continues to wind its way through the region, is now likely to make its way to the East Coast of the United States. Florida, Georgia, and South Carolina are likely to be hit hard by the hurricane later this week. And just how will it affect South Carolina?

Based on weather forecast models, the storm is likely to hit the state Friday evening with staggeringly powerful winds of up to 100 miles per hour. In addition, the forecast also predicted that flood surges of five to seven feet could occur as a result of the high winds. The forecast prompted South Carolina governor Nikki Haley to declare a state of emergency for many areas throughout the state, as well as an evacuation for close to 1.1 million people.

"As of right now, we're looking for Friday night into Saturday being pretty brutal," Haley said.

The evacuations, ordered in the coast regions of the state, are set to begin Wednesday afternoon, but medical evacuations are already taking place. Schools and government offices in the low-lying areas are also closed. Lane reversals will begin on Wednesday at 3 p.m., which should enable more vehicles to leave the coastal areas.

The Category 4 storm has killed at least seven people in the Caribbean, including at least one death in Haiti. The storm made landfall on Haiti's Tiburon Pennisu on Tuesday morning, with sustained winds of 145 mph. It has already destroyed several homes, and is the first major hurricane of a Category 3 or higher to hit the country in 50 years.

While the storm will likely lose some wind power by the time it hits South Carolina, it will still have a great potential to cause harm and damage to anyone remaining on the coast. The National Guard will also be deployed as a result Gov. Haley's declaration of a state of emergency for the coastal regions of the state.

"This is not something that we want to play with," Haley said. "The worst-case scenario is that you get stuck on the coast and have no place to go."

Florida and Georgia have also issued states of emergency for several regions as well. When Hurricane Matthew hits South Carolina, it will likely be a Category 2 or 3.