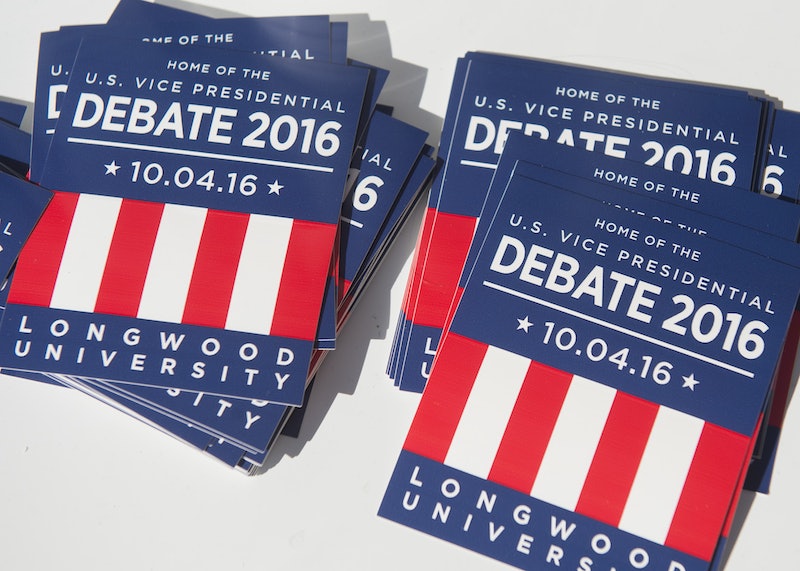 A survey conducted by SSRS and ABC News asked participants to identify the running mates of Donald Trump and Hillary Clinton. 41 percent couldn't name Pence, and 46 percent didn't know Tim Kaine is Clinton's running mate. The office of the vice presidency hasn't always come with many significant or called-upon responsibilities; it was created primarily to make sure someone was on deck in case the president dies in office. Another historical duty is casting a vote on legislation in case it ties in the Senate — something that we don't see all that often. But today, the vice presidency involves a lot more than being a tiebreaker or an understudy for the role of president, so an informed voter would do well to get to know the people vying for that position.

Based on its rather ambiguous description in the Constitution, the extent of power the vice president should be afforded is a topic of debate, and one that each president may answer differently. Possibly the most powerful vice president in terms of decision-making responsibilities was Dick Cheney, who had a heavy hand in developing policies in George W. Bush's administration, such as extensive, and sometimes secretive, counterterrorism measures implemented after September 11, 2001. In the subsequent administration of Barack Obama, Joe Biden has scaled back the powers of vice president and adopted a more typical role as ally, advisor, and advocate for the administration.

Because of their potential influence on the president, the public, and leaders around the world, vice presidents are important. Get to know Pence and Kaine for an idea of how they might wield their influence.