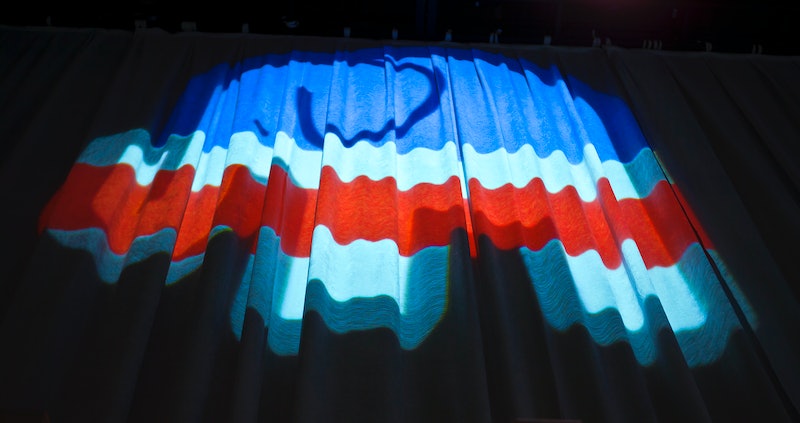 The official GOP blog is so confident in presidential running mate Mike Pence’s performance in the vice presidential tonight that they’re not even waiting for the debate to start to proclaim Pence the winner. The blog, which is managed by the Republican National Committee, declared proudly nearly two hours before the vice presidential debate began that “The consensus was clear after the dust settled, Mike Pence was the clear winner of the debate.” Clearly, the RNC is sitting on some pretty exciting time travel technology that they’re not sharing with the rest of us.

The blog post had all the precise writing of a kindergartner’s journal entry. “Mike Pence made the most of his opportunity to debate Hillary’s VP pick Tim Kaine,” the post continued, adding that, “The other clear winner from tonight’s debate was Donald Trump.” I mean, jeez, if things get any more clear, this election’s gonna be see-through.

Not content with merely declaring Pence the debate winner before he even took to the stage, the GOP blog also went after Democratic VP nominee Tim Kaine for questions left unasked by the moderator who has not yet had the chance to ask any. A third post declared that, “The American people have spoken and it's clear who tonight's biggest loser is, Hillary Clinton.” It’s nice of them to address that sentence to HRC, but who is the biggest loser? MYSTERY!

It appears the three precognitive posts have been taken down, but check out the screengrabs below.

Maybe if we're really lucky, the RNC will look into the future and tell us that Trump won the election in basically the yugest landslide of all time — really amazing, tremendous — and save us the trouble of voting.