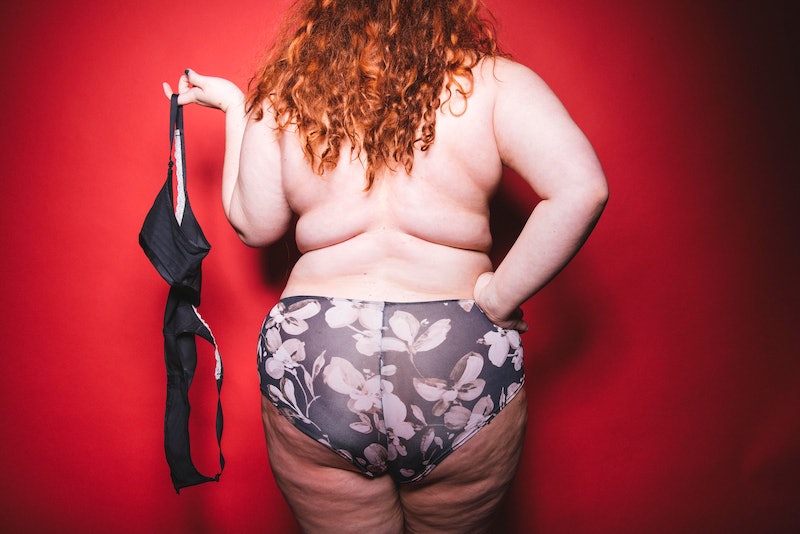 It sounds simple. Body positivity is the radical philosophy that all bodies are good bodies and that everyone deserves self love. It's the idea that we should focus on being happy and healthy, instead of striving for what other people perceive to be happy and healthy bodies.

But learning to love yourself can be harder than it sounds, especially in a world that often teaches us to do just the opposite. With everything from television shows to your own family constantly insinuating that something (or everything) about you looks wrong, who can blame you for letting that negativity seep into your mind? Simply put, It’s not easy being a body image positive girl in a body image negative world.

But a few strong people are out there pushing back. Fighting discouragement with inspiration and insults with love. Whether its giving an inside look into somebody else’s world, zeroing in on society’s many ironies, or giving voice to indescribable emotions, spoken word poetry has a way of inspiring.

So for your bad days (we all have them), here is an annotated list of eight spoken word poems that are sure to have you filled to the brim with confidence and self-love.

One poem that will blow your mind in four minutes or less. A powerful exploration of how generations of women pass down their insecurities to their daughters.

Nights I hear her creep down to eat plain yogurt in the dark,

A fugitive stealing calories to which she does not feel entitled.

Deciding how many bites is too many.

How much space she deserves to occupy.

What her mother said to her, and what she’ll say to her daughter. Why are we more preoccupied with being pretty than being ourselves?

I will wipe that question from your mouth like cheap lipstick and answer,

“No!” The word ‘pretty’ is unworthy of everything you will be, and no child of mine will be contained in five letters.

“You will be pretty intelligent, pretty creative, pretty amazing. But you, will never be merely 'pretty'.”

In case anyone was curious what the “Pro-Ana” movement is. Google it. Then watch this woman tear it down.

There is nothing empowering about lessening yourself.

You are a vanishing act.

Your body, the magic hat,

Your body is a clothing rack,

your body is my favorite sweater shrunk in the drying.

Somehow, in just three minutes this poem takes its listeners through the entire emotional rollercoaster that is the lifelong journey towards self-acceptance. Humor, anger, and pride included.

Fat girl want fries with that.

5. "Dear Ursula" by Melissa May

Ursula may have been the ultimate villain, but for so many little girls, she was also the only Disney character they could identify with it. And as if that contradiction wasn’t hard enough, when the toy line came out, she’d been downgraded to a size zero.

And while you may not have had the waist-line of a princess I'll be goddamned if you didn't have the swagger of a Queen.

The way you sashayed around your lair in full makeup black flamenco number cut so low in the back that your every twist and shimmy displayed the gorgeous tuck of your rolls.

You made back-fat look fucking sexy.

6. "10 Thoughts on Being Loved by a Skinny Boy" by Rachel Wiley

Can being seen as beautiful by one person outweigh the knowledge that you are seen as ugly by the rest of the world? Or does it just make it impossible to believe?

The phrase “Big girls need love too” can die in a fire.

Fucking me does not require an asterisk.

Loving me is not a fetish.

Finding me beautiful is not a novelty.

I am not a fucking novelty.

7. "Full Figure Potential" by Georgia Me

One woman who is finished with hate and disgust directed at her for merely existing as a big woman in a small world. Everyone judges her size and doesn’t take the time to meet the person within.

My personal demons are hard by themselves

Comparisons to pigs, elephants and whales

You might look at me and see lazy and weak

Giving no second thought, that before you an angel may speak

8. "The Body is Not an Apology" by Sonya Renee

Everyone has something they want to change about their body. Whether its size, color, ability, age, we all seem to have something we want to fix. We act as if our bodies are a mistake in need to correction, and never thank them for all the good they do for us.

The body is not a crime; is not a gun.

The body is not a spill to be contained.

It is not a lost set of keys, a wrong number dialed.

It is not the orange burst of blood to shame white dresses.

The body is not an apology.