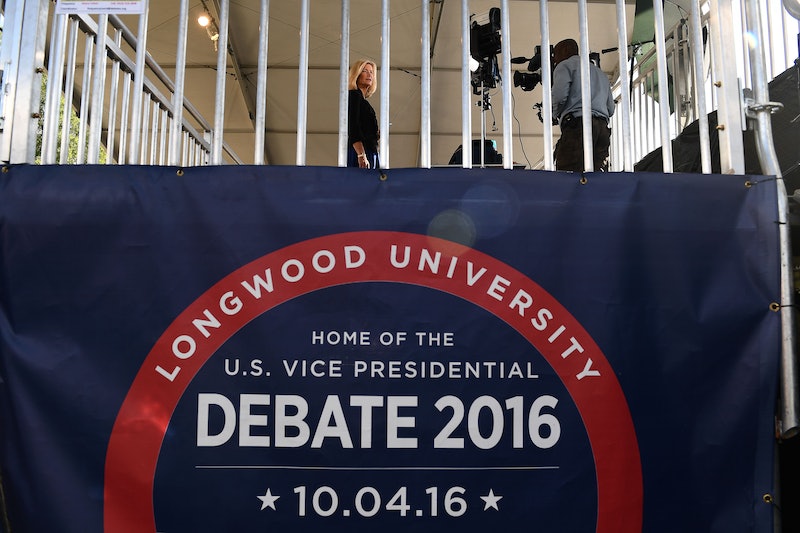 Despite their notorious lack of impact on the ultimate outcome of the election, vice presidential candidates take a lot of time and effort out of their busy campaign schedules every four years to face off in a live debate. That spectacle, which happened Tuesday night at Longwood University in Farmville, Virginia, actually seemed to draw more attention this year than in previous election cycles, as evidenced by the plethora of hysterical vice presidential debate jokes and memes that appeared online throughout the night. Before, during, and after the debate, millions of people joined the conversation online to offer humorous and critical takes on the issues, the candidates, and the institution of presidential debates themselves, proving how much people really care about this election.

Most people took the event surprisingly seriously, largely avoiding the usual jokes about the perceived irrelevancy of the vice presidential debate (and the vice presidency itself for that matter). Perhaps it shouldn't be surprising that people were tuned in and attentive given the especially high stakes in this election, but it’s still encouraging to see such active civic engagement. Granted, not every post about the debate was inspiringly insightful, but even the fact that people took enough time to both watch the debate and offer their thoughts online is a great sign of how invested the country is. These posts are more than just the laughs, they’re a legitimate form of political communication and strong indicators of how people are reacting to this election.

Hope He Didn't Have Spaghetti For Dinner

The Shocking Amount Of Focus

When Is The Movie Coming Out

She Probably Put Hot Sauce On It

Whose Speaking Time Is It Anyway?