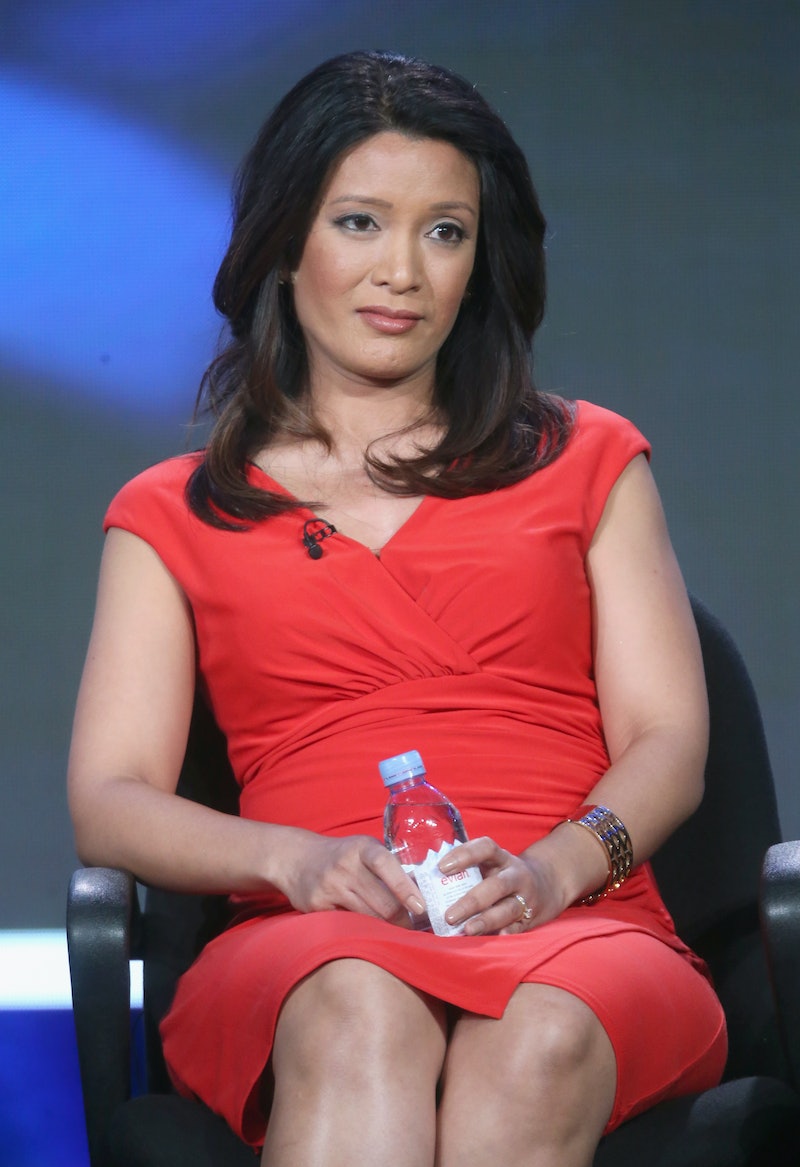 It's a scenario that's as old as time: Two old white men speaking over a younger woman of color. Vice presidential debate moderator Elaine Quijano has had to deal with Tim Kaine and Mike Pence speaking over her throughout much of the debate. At one point Quijano even pointed this out, saying, "Gentlemen, the people at home can't understand either one of you when you talk over each other like this." It was a line that caused many on Twitter to congratulate Quijano on her diplomatic skills. Comedian W. Kamau Bell called it "the nicest way I've ever heard someone tell people to shut eff up."

But the candidates continued to speak over each other and their moderator. Somehow Quijano has managed to maintain her calm, though one can imagine how taxing it is to be constantly interrupted while trying to keep the peace. Pence and Kaine argued over each other about everything from Donald Trump's tax returns to Trump's views on Russian president Vladimir Putin. All while basically ignoring Quijano's polite requests for them to stop speaking over each other and stay on topic.

Somehow a narrative that women, especially women of color, are overbearing and too chatty has worked its way into society. So much so that men can get away with telling businesswomen to not speak too much and "not raise their voices," as a Fox News segment did. But this couldn't be further from the truth. Academic research going back to the 1970s supports claims that women are constantly being interrupted and overshadowed in conversation. In a 2014 study, Adrienne Hancock of George Washington University found that women were interrupted far more often than men by men and women, but that both women and men were far less likely to interrupt men.

Women of color have a “double hurdle of not being too aggressive and proving, sometimes repeatedly, that we are intelligent enough to warrant an audience for our ideas,” Michelle Y. Talbert, a former corporate attorney and host of podcast Her Power Hustle, told Forbes. She highlighted offensive racial stereotypes, such as the "Angry Black Woman" and the "Sex Symbol Latina," as barriers to being perceived as equal and deserving of respect.

Quijano is a second-generation Filipino-American and the first Asian-American national debate moderator. As a woman of color, she has far more challenges when it comes to speaking up than the two white men she moderated the debate for, yet she remained respectful through it all. Quijano's calm yet firm demeanor shows how practiced she is at navigating interruptions.

On the other hand, Pence and Kaine were clearly raising their voices over each other and not staying within the time limits Quijano placed on them for the sake of moving the debate along. Trump did the same thing during the last debate; he spoke for 62 percent of the time compared to Hillary Clinton's 38 percent, and his interjection of "Wrong!" was heard constantly during Clinton's speaking time.

Quijano is a qualified journalist, but many of the candidates' answers to the pertinent questions she asked were blatantly off topic. It's disgraceful that presidential and vice presidential candidates can get away with such impolite behavior on a national stage. But unfortunately women of color encounter this kind of situation all too often.