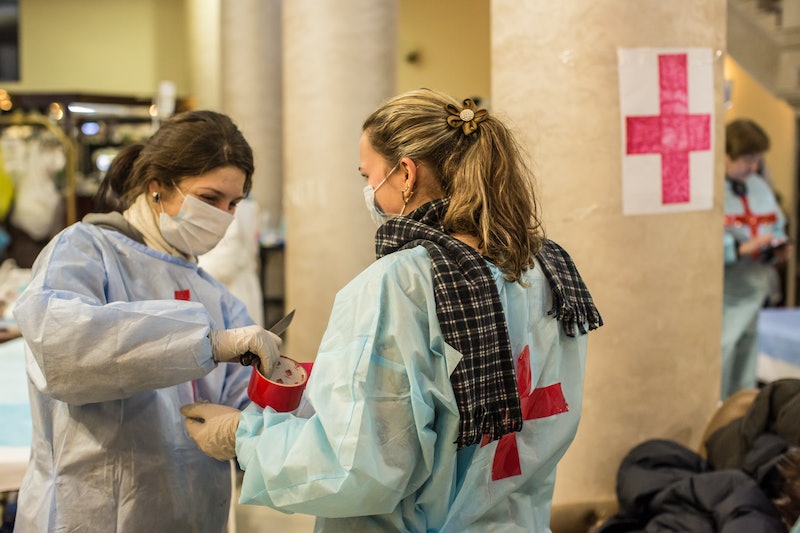 Oh, no. Up to 400,000 rape kits in the U.S. have not been tested, the Department of Justice estimates. In other words, there are many, many people in America still waiting to find out if their alleged rapists could be found through DNA matching and brought to justice. Some of the states with the highest number of untested rape kits include Tennessee, Michigan, and Texas, to name a few.

But in the most startling news of all, the city of Detroit has 11,000 untested rape kits, which they found in a storage facility, abandoned. After testing 1,600 of those kits, the city identified 100 serial rapists and 10 convicted rapists. Many of the 11,000 rape kits dated back to the 1980s.

The numbers are staggering. What gives? Many police departments wouldn't provide comment, but Memphis Mayor A C Wharton had this to say to CBS: "We had a systemic failure here."

Now, many are speaking out against this backlog by calling for legislation to reform the rape kit testing process.

The Rape Kit Action Project has emphasized the importance of creating rape kit legislation to bring justice to victims, and Tennessee rape survivor, Meaghan Ybos, has been advocating legislation in her home state as well.

Mariska Hargitay, who plays Olivia Benson in Law & Order: SVU , is the founder of the Joyful Hearts Foundation, which works with sex-crime victims. She recently stood alongside Michigan's Wayne County Prosecutor Kym Worthy to introduce statewide legislation that would stop the backlog of rape kits. Recently, Hargitay spoke to Fox News about the importance of getting rape kits processed.

Every day in the United States women and men take the courageous step of reporting their rape to the police. And because of what those individuals have suffered, their bodies are crime scenes. They're living, breathing, feeling crime scenes from which doctors and nurses collect evidence in a sexual assault collection kit.