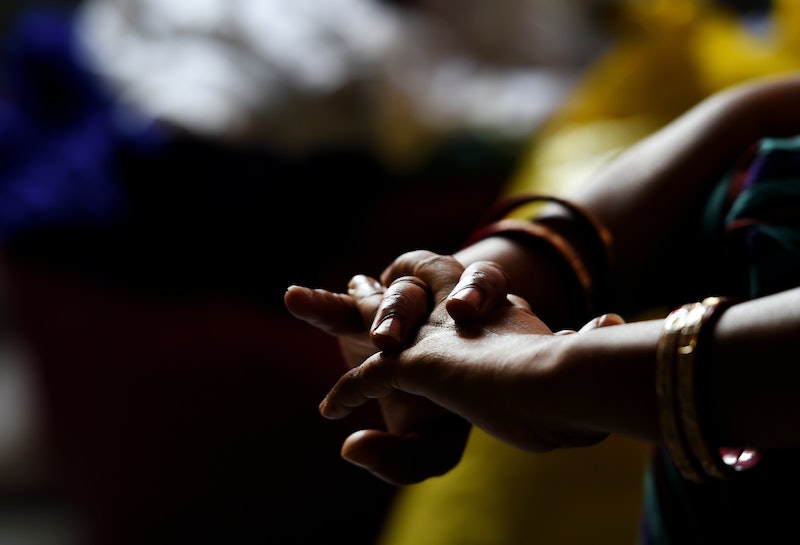 Every year, one specific date lingers like an omnipresent nightmare. The closer I come to this menacing date, the further I am from my current reality. Though time has moved me forward and I’ve learned to cope with the effects of sexual assault, what lingers will, likely, be with me for the rest of my life.

Post Traumatic Stress Disorder, anxiety, mild depression and triggers stick to me like a second skin; a skin I tried to wash off the morning after I was sexually assaulted and a skin I sometimes resent and a skin I now use as a defense. Still, each year, this date erases the years that have passed, as well as my current healthy, happy relationship, and the strides I’ve taken to be a well-adjusted member of society. This date brings me back to that night four years ago, and bombards me with relentlessly unkind and unanswerable questions. One question stands out above the rest, though. One question so many people have asked of me. One question the media and police officers and judges and strangers tend to ask so many victims of sexual assault and rape:

Why didn’t you stop it?

Every year, I think about this question. I go over the details of that night, and what I could have possibly done to stop the assault from happening. Every year, I feel the weight of my attacker; I hear my pleas and cries for help; I feel the bruises being formed on my breasts, wrists and thighs. And, every year, more sexual assault victims bravely come forward and report their sexual assaults, only to be asked the same question.

Every year, I ask myself a question I already know the answer to: there’s nothing I could have done.

I tried to bite my attacker’s penis off — a suggestion made by a high school official after a sixteen year old student reported she had been sexually assaulted. It’s the same question Don Lemon asked Joan Tarshis, a woman who accused Bill Cosby of sexually assaulting her 45 years ago. I opened my mouth, teeth ready and jaw willing, but I started choking on double standards and blatant sexism and every catcall I have ever endured. Words like “no” and “don’t” and “stop” and “please,” crowded my mouth, and I couldn’t shut it enough to affect any damage.

I tried to keep my attacker from having an orgasm, a suggestion made by the University of Southern California’s campus police after Tucker Reed reported that she was raped by her then-boyfriend. The campus police determined what she experienced couldn’t be considered rape, because the alleged assailant didn’t orgasm. I hoped that if my attacker didn’t feel good or like what he was doing or “finish,” I wouldn’t have been sexually assaulted at all. I kicked and screamed and bit and yelled, but it only seemed to make it worse. It wasn’t about getting off. It was about control. It wasn’t about an orgasm. It was about assault.

I tried to close my knees, a suggestion made by a Canadian judge while listening to testimony during a sexual assault case. But they kept getting stuck on every sentence used to blame a victim for their attack. The corners of the phrase, “How much did you have to drink?” stuck out a little too far and my right leg was pinned. My left knee was cut on the sides of the question, “What were you wearing,” while my thigh was caught on the inquisition, “Well, did you say anything to entice your assailant?” The space between the legs I couldn’t close — the space being violated by a man who ignored every “no" and “don’t” and “stop” and “please” — was crowded with the raised eyebrows, head tilts and judgmental looks that painted the faces of every person who victim-blames survivors.

I tried to go back in time, and get married or keep my mother and father from getting a divorce, a suggestion made by W. Bradford Wilcox and Robin Freewill Wilson in an op-ed in the Washington Post. Wilcox and Wilson argued that married women are safer than their unmarried female counterparts, and women who come from homes with married fathers and mothers are less likely to be abused or assaulted than those with non-married mothers and fathers. If only my mother had stayed in an emotionally, verbally and physically abusive relationship, for the sake of the long-lasting, silent yet supposedly powerful security marriage offers children. If only I had married that man I didn’t love, or that man who had a drinking problem. If only.

I even thought about calling my attacker, years later, to ask him if he discussed that night with his friends in a locker room or on a bus. If he described the moment he grabbed my pussy without asking, or kissed me without waiting, or talked about how he could do whatever he wanted to do to me — like the conversation Republican presidential nominee Donald Trump shared with Billy Bush on an Access Hollywood bus in 2005 — then maybe I could forget that I was sexually assaulted altogether. Maybe there was nothing to "try and stop" because what happened was just normal — something guys brag about, the inevitable conversations men share with one another when a woman isn't around. After all, if the potential president of the Untied States doesn't think sexual assault is sexual assault — and so many people who are defending him don't think sexual assault is sexual assault — maybe my sexual assault wasn't really sexual assault, too.

Every year, I ask myself a question I already know the answer to: there’s nothing I could have done. And yet, that question continues to bombard my mind, as well as the mind of every sexual assault victim, because survivors are constantly asked it. We’re constantly blamed for what has been done to us, left carrying the burden of a decision we never made. We’re constantly asked to atone for the actions of others.

This year, though, is different.

This year I realized that there’s another answer to the question, “Why didn’t you stop it?”

The people asking me — the judge, the teacher, the reporter, the op-ed author, the insensitive police officer, the Republican nominee for president and the internet troll and the rape sympathizer — you will never know what this is like, until you experience it for yourself. You’ll never know until you are sexually assaulted. You’ll never know what this is like and how it’s like to live with the aftermath on a yearly, monthly, daily, sometimes hourly, basis.

And I don’t want you to ever experience it yourself.

In the moment when I am the most angry and the most fed up and the most exhausted, I still don’t want this for you. Even when you’re telling me I should have closed my legs or bit down or chose marriage or stopped an orgasm from happening or denying sexual assault entirely, I don’t want the people judging me to know what this feels like.

You won’t know why I didn’t stop my sexual assault from happening, until it happens to you and you realize it wasn’t your actions that needed stopping.