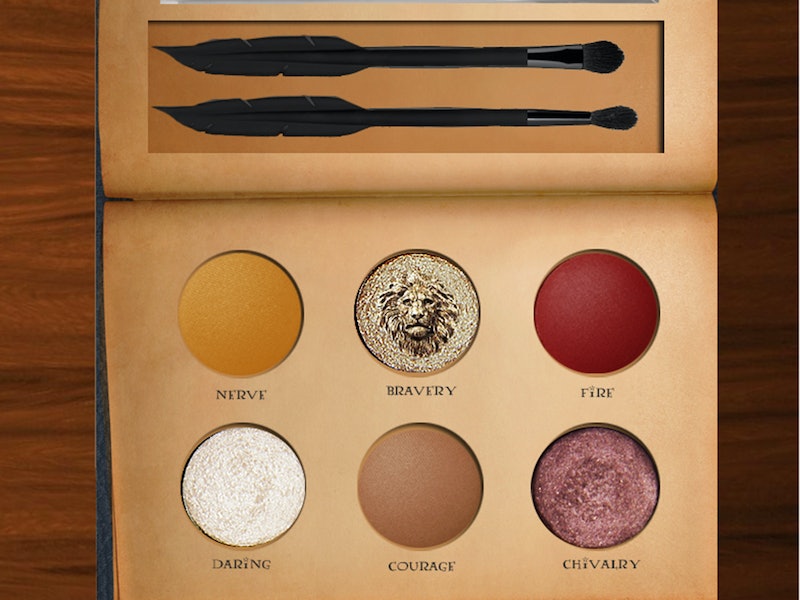 The internet! Just when you think you've seen all the memes and Kickstarters worth seeing, something new pops up to give you hope. Right now, it's these sick Harry Potter-inspired makeup palettes, mocked up by an ingenious Redditor and posted to r/MakeupAddiction on Thursday.

The palettes — which, to be clear, are just a dream right now — would theoretically come in the four house variations, with eyeshadow colors based on theme and named after the house traits. Original poster Spellsandstars' choices are on point, with one of the shadows in each palette embossed with the house animal à la Chantecaille. The molten Bronze is especially beautiful in the "Ravenclaw" palette, although the quill-ended brushes hypothetically included in each take the concept home.

And the people are into it! The floodgates opened and suggestions took off from there, with Redditors discussing details like color selection, palette names that could avoid trademarks and Etsy copyright experiences (a crafty bunch).

User Mystwillow suggests a "sword handle for Gryffindor, quill for Ravenclaw, Branch for Hufflepuff, Snake tail for Slytherin. Then maybe a separate set of specialty brushes for eyeliner, etc. that were styled like wands," while user Kohimiruku says, "It'd be cool if Gryffindor had a really strong fiery blush collection, Slytherin had a kick-ass contour kit... I imagine Ravenclaw is the kids with the slick sharp eyeliner, and Hufflepuff has cute lip stains and matching balms."

Even as is, commenters are jumping on the possibility, with comments ranging from "Here, take my galleons," to "I'd soooo get ready for the Yule Ball using these."

Spellsandstars, who also creates makeup tutorials on YouTube, says she's considering making them a reality, so I'll be keeping my Reddit eyes peeled for the Halloween costume opportunity (slash crowdfunding if it comes to that). And if I use it every day beyond Halloween? A bargain.