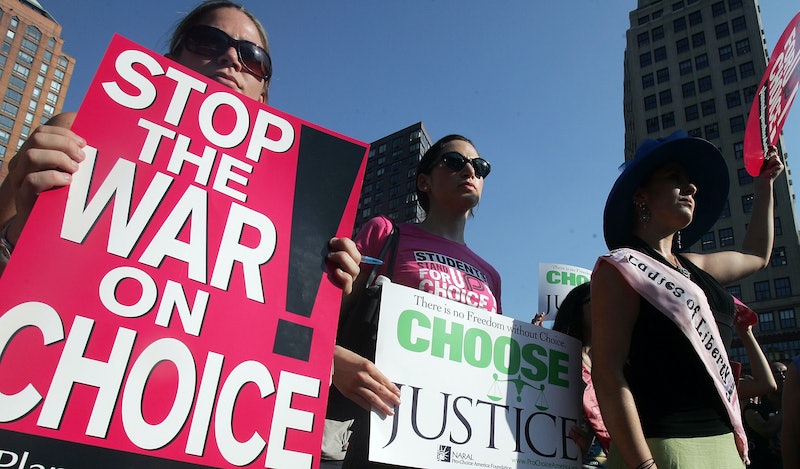 Every year, representatives from 45 member states congregate at the United Nations in New York to look at the issues facing women around the world, and to draft a document that will call on various governments to address those challenges. On Saturday, a 24-page U.N. document that calls for gender equality and sexual rights for women was approved by this year's Commission on the Status of Women, condemning the "slow and uneven" progress of women's rights around the globe. The document calls for "universally accessible and available quality comprehensive sexual and reproductive health care services, information and education," saying also that countries should provide "safe and effective methods of modern contraception, emergency contraception, prevention programs for adolescent pregnancy." It also adds that governments should allow "safe abortion," although only "where such services are permitted by national law."

Although the U.S. representative praised the document's "commitment to fighting discrimination and prejudice," she did point out that the commission "did not explicitly acknowledge the vulnerabilities confronting women and adolescents as a result of their sexual orientation or gender identity." (The more conservative countries managed to block references to the challenges faced by women due to their sexual orientation or gender identity.)

The document comes a day after President Obama reiterated the importance of fighting gender inequality in the U.S. "On average, a woman still earns just 77 cents for every dollar a man does. And too many women face outdated workplace policies that hold them back — which in turn holds back our families and our entire economy," the President said in his weekly radio and Internet address.

While the motive is undoubtedly positive, this reference to the “77 cents on the dollar” statistic is misleading. As Bustle has previously pointed out:

When you hear “77 cents to the dollar,” it conjures the image of men and women working in equal jobs, for the same amount of time, being paid wildly unequal wages. But that talking point is a perversion of a statistic released by the Bureau of Labor Department, which found that women’s median full-time wage earnings are 77 percent of what men make when also working full-time. The number 77 is there, but a lot of other things aren’t accounted for, like hours worked, industries worked in, education, and experience level.

Regardless, Obama's statement urged Congress to take the appropriate steps to help fight the income gap. "A woman deserves to earn equal pay for equal work, and paid leave that lets you take a day off to care for a sick child or parent. Congress needs to act on these priorities. And when women hold most lower-wage jobs in America, Congress needs to raise the minimum wage. Because no woman who works full-time should ever have to raise her children in poverty," he added.

The document drafted by the commission basically sets out a specific recommendations for governments, as well as other institutions, to be enacted both on a global and national level. Whether the governments — and Congress — will actually adopt those measures, though, remains to be seen.