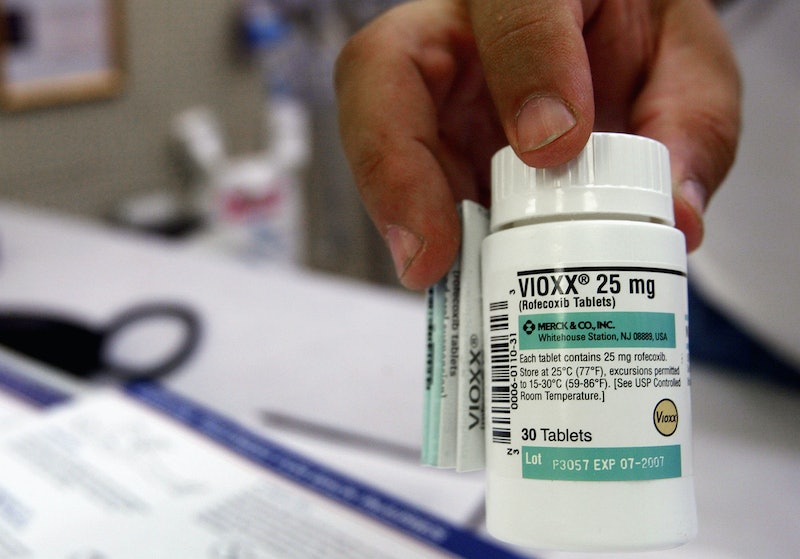 Clearly, somewhere along the line, our medical education has failed us. According to a new study published in the journal Stroke, 1 in 5 U.S. women wouldn't recognize the signs of a stroke if they felt or saw one. Almost more worryingly, the same research also found that only 84 percent percent of women said they knew they should call 911 if they were experiencing a stroke — what the other 16 percent thought they should do (just lie there and wait for it to pass?) remains unclear.

Stroke is one of the leading causes of death among Americans and number three in the U.S. for women; in fact, 55,000 more women than men are affected by the sudden loss of brain function each year. In spite of this, the study — which looked at 1,205 women — found that only 51 percent of women were able to name sudden weakness and facial numbness as warning signs of a stroke; but 1 in 5 weren't able to name a single symptom.

"This lack of recognition of stroke signs and symptoms could be a significant barrier to reducing death and disability related to stroke in the United States," study researcher Dr. Lori Mosca said in a statement. "This is critically important because delays in getting care costs lives and hinders functional recovery."

The researchers found that the amount of knowledge regarding stroke symptoms varied between different racial groups. While 18 percent of white females couldn't name a single symptom, that number went up to 19 percent for black women, and 25 percent among those who identify as Hispanic. Although the cause of the disparity isn't clear, some medical professionals have suggested that the solution to raising awareness among Hispanic women could lie in the language. Dr. Ileana Piña has suggested that the word "stroke" doesn't translate well into Spanish, and that "calling it a 'brain attack' may be one way to get to it.""Making that comparison [to heart attack] to the public I think is important," she said. "Just like we're so worried about chest pain and getting patients ... quickly into the emergency department so that they don't lose their heart muscle, this is very similar. If you recognize the signs of this brain attack, getting the patient in sooner is saving brain tissue."

Clearly, though, even of those who do recognize the symptoms, there seems to be some sort of mental block: 16 percent of those asked what they would do if they were having a stroke didn't know to call 911. Although that's a relatively low number, considering the fact that every moment counts when it comes to loss of brain function, that statistic is just too high.

So, for the record: if you find one day that you start having trouble speaking or understanding speech, get a sudden intense headache, loss of vision and a sense of dizziness, call emergency services. Seriously.