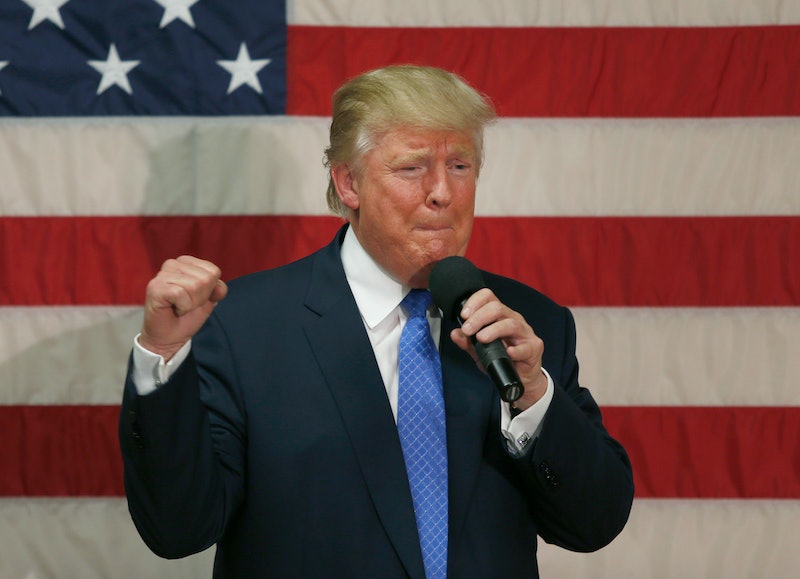 I would imagine that few of our readers need to look very hard or very far for reasons not to like Donald Trump. But if you wanted a nice pu pu platter of awfulness, Trump’s recent comments on the Central Park Five bring together all of his worst positions, including those on race, the criminal justice system, and even science itself.

Quick refresher: In 1989, a 28-year-old banker jogging through Central Park was assaulted, raped, tied up, and left for dead. The police arrested five teenagers who had been in the park at the time, four African American and one Latino, for the crime. After two days of violent interrogation, which included food and sleep deprivation, the suspects confessed, though no one actually took responsibility for the rape. In 2002, another criminal took credit for the assault, and after DNA evidence confirmed his story, the five were exonerated.

At the time of the assault, Trump took out a full-page ad in several New York papers, calling for, among other things, the reinstatement of the death penalty. Even after DNA evidence proved that the five were innocent, Trump continued to claim they were guilty. After the city agreed to a $41 million settlement for the wrongly convicted men in 2014, Trump penned an op-ed in the New York Daily News saying the deal was a “disgrace.”

In a statement to CNN after he received questions regarding his role in the 1989 case — exonerated suspect Yusef Salaam called Trump “the fire starter” in terms of riling up the public — Trump replied that he still believes the five men are guilty.

“They admitted they were guilty,” Trump said in the statement. “The police doing the original investigation say they were guilty. The fact that that case was settled with so much evidence against them is outrageous.”

Trump seems uninterested in the fact that their confessions were essentially coerced and unswayed by how the arrest and wrongful convictions of the Central Park Five have permanently and irrevocably altered their lives. But this isn't surprising: We know that Trump is fundamentally unable to empathize.

What is more upsetting is that Trump will fly so forcefully in the face of hard, scientific evidence on the wings of his own “gut.” In his 2014 op-ed, he calls out the character of the wrongly convicted, saying, “These young men do not exactly have the pasts of angels.” By this time, the “young men” had spent a good portion of their adult lives in prison, convicted of a crime they did not commit.

The issues at the heart of this case expose all of Trump’s worst tendencies — his racism, his blind faith in the police (indeed, the only people he ever seems to express sympathy for are the cops in the case), his rejection of science (though once Trump denied climate change, maybe denying DNA evidence isn’t a stretch).

But at its core, the most troublesome aspect of Trump’s stance on this case is his complete inability to ever admit he’s wrong. It’s the kind of arrogance that’s merely obnoxious in a billionaire, but in a president of a nuclear superpower, could be downright apocalyptic.

More like this
Prince William Condemns “Unacceptable” Comments Made To A Black Guest At Buckingham Palace
By Shahed Ezaydi
The David Beckham Qatar Controversy, Explained
By Sophie McEvoy
These Are The Murder Suspects You Didn't See In 'The Texas Killing Fields' Doc
By Grace Wehniainen
Casey Anthony Revisits Abuse Allegations Against Her Brother In Her New Docuseries
By Grace Wehniainen
Get Even More From Bustle — Sign Up For The Newsletter