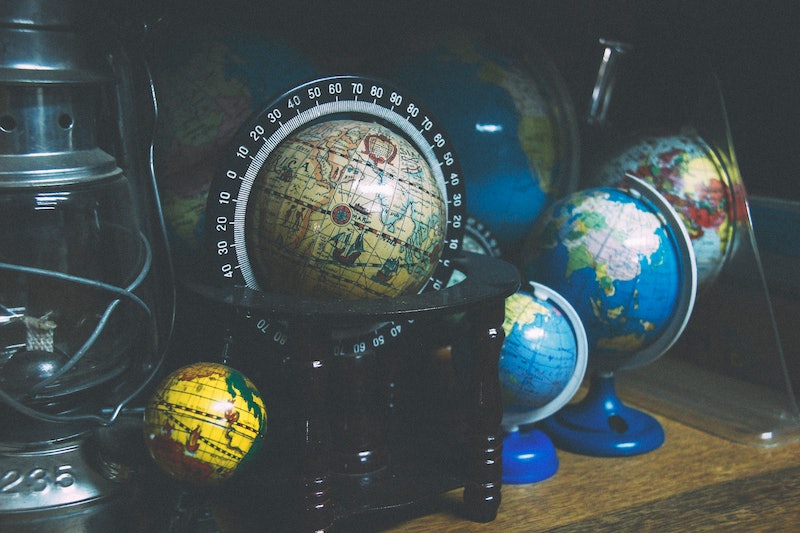 How much do you know about America's discovery and the man who is often given credit for it? These five Columbus Day myths will test your knowledge, putting some of the most commonly told "truths" about Christopher Columbus and his voyages to the test. Was Columbus really Italian? Did he actually step foot in present-day America? Is Christopher Columbus even his real name? History buffs, you're in for a treat.

Considering that many American history books give Columbus accolades for "discovering America," his reputation has been bolstered and his legacy has been elaborated upon for decades. So what actually is fact? You might be surprised to find out. Not everything is as it seems in this world, and the discovery of America is certainly no exception. No matter how much Columbus has been glorified in the past, the truth is beginning to seep out, and that truth may very well startle you.

While it's pretty debatable if we even should be celebrating a day that's dedicated to a man who led the way for years of mistreating Native Americans for the sake of conquering more land, it's never a bad idea to know the real story behind what happened. Get your fill of Columbus Day facts below as some major myths are busted.

For one thing, Columbus wasn't even the first explorer to reach North America (many believe that honor belongs to Leif Erikson). Secondly, Columbus never actually stepped foot on what we today consider any of the United States's 50 states. Though he made four voyages to the New World, he only ever landed in the Bahamas and Hispaniola, (Haiti and the Dominican Republic).

2. Columbus was kind to the Native Americans: False

The stories of Columbus' earliest interactions with Native Americans will probably make you shudder. In one of his earliest recordings he writes of the indigenous people: "With fifty men we could subjugate them all and make them do whatever we want." Things didn't improve, either. Numerous accounts depict Columbus as being a brutal leader who allowed countless atrocities toward Native Americans to take place.

While Columbus was born in Genoa, which is today considered a part of Italy, back in the late 15th century and early 16th century there was no such country. Italy didn't come to exist until 1861, and back during Columbus' lifetime Genoa was believed to be an independent republic that had its own language, colonies, and currency.

Believe it or not, Christopher Columbus changed his name to "Cristobal Colon" to sound more Spanish (you know, because he was sailing in the name of Spain under Ferdinand and Isabella). He was actually born "Cristoforo Columbo," and "Christopher Columbus" didn't come about until the 19th century when Italian immigrants began celebrating him as an Italian in hopes of having an easier time assimilating in America.

5. Columbus proved the world was round: False