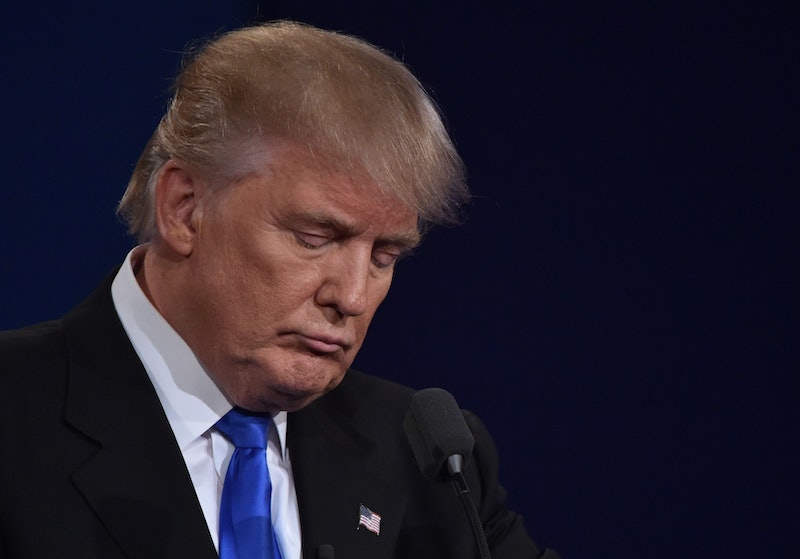 Social media is the perfect vortex to fall into if you want to completely lose faith in humanity, but it’s also a great place to find some brilliant people making sense out of the craziness going on in the physical world. The response to Trump’s latest, and arguably biggest, campaign screw-up (you know, that recording everyone’s talking about) has been (deservedly) brutal in Washington, and it’s also brought nonstop jokes and lashings about the Republican nominee on Twitter for the past day and a half.

Here I’ll be sharing some of the most feminist responses to Trump I’ve tracked down on the microblogging site. Looking through the posts, one good thing I see is that this scandal has at least sparked conversations about important topics that don’t get discussed enough. Why is it that almost all the politicians who have denounced Trump’s words have felt the need to mention the that they have wives, daughters, mothers, aunts, grandmothers, and sisters? Why are there so many men insisting that the recording contains nothing more than normal “guy talk,” while simultaneously arguing that sexual assault is not as prevalent as “the media” is making it out to be?

Check the tweets out, and give these awesome people a follow.

It certainly is interesting that those defending Trump's and Bush's words as "typical locker room talk" tend to be the same ones who defensively insist that rape culture is an illusion.

She makes some good points.

He's got a more professional demeanor, but he and his running mate are cut from the same cloth.

It's always awesome to see a brand promote the values they seek to uphold.