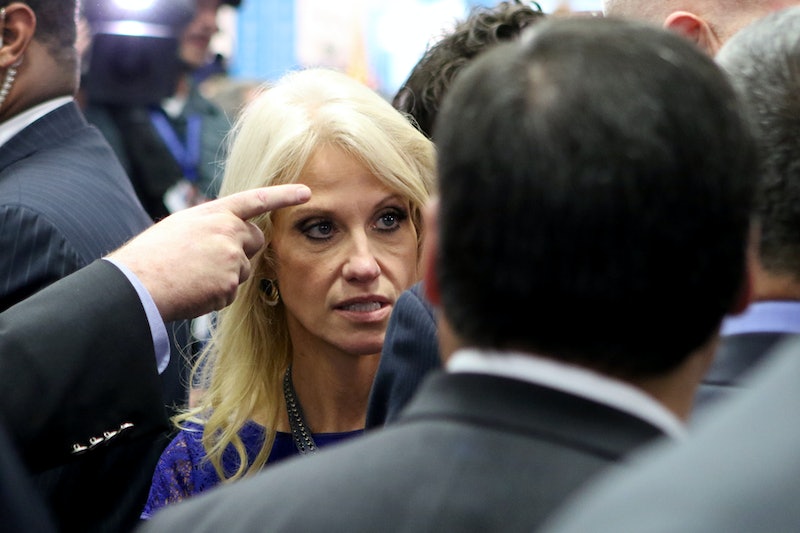 Well, you can add another exceptional 2016 election season impression to Saturday Night Live star Kate McKinnon's resume ― for the second straight episode to start the show's 42nd season, she took a turn as SNL 's Trump campaign manager Kellyanne Conway, and this time was even more hilarious than the last one.

The thrust of the sketch is pretty simple, and it'll make you feel just a little sorry for Conway ― maybe? That's up to you, but one thing's for sure: McKinnon as Conway is rapidly rivaling her well-established role as Democratic nominee Hillary Clinton, and fans of political comedy everywhere are the beneficiaries.

Basically, Conway is shown trying desperately to enjoy her day off, but time and time again, she's dragged back into a CNN studio to answer for an ever-escalating, bizarre series of statements from her boss, GOP nominee and notorious rage-tweeter Donald J. Trump. First, it's something that the real Donald Trump has actually said ― that he thinks Clinton has been cheating on her husband. And, despite the indignity of it all, she tries to clean up his mess.

Jake, it's, that's unfair, cause what Mr. Trump was getting at here it clearly is not that Hillary was cheating on Bill, but that she's been cheating the American people for decades.

Here's a rundown of all the dignity-shredding excuses McKinnon's Conway was forced to make on behalf of her, shall we say, rather impulsive boss.

Ultimately, the last excuse wore her nerves just a little too thin, and she finally let the truth slip.

Here's hoping this isn't the last SNL fans get to see of McKinnon's Conway. Although, based on how Trump's campaign is going right now, it's anybody's guess what the staff is going to look like from day-to-day, week-to-week, so maybe enjoy this while you can.