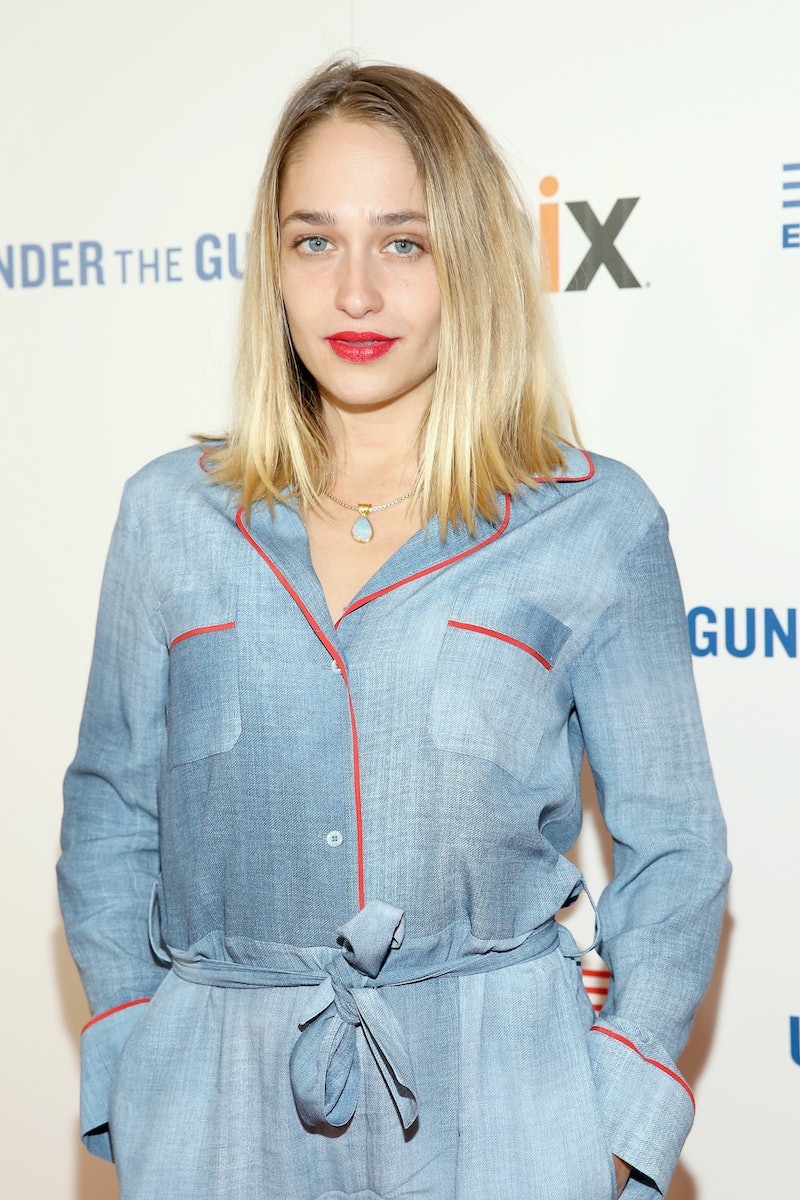 If you don't believe in the transformative power of a new 'do, then take Jemima Kirke's new haircut as your Exhibit A. One of the main stars of HBO's Girls, Kirke used to have long, free-flowing blonde hair that mimicked the bohemian vibes of her character, Jessa Johansson. Those long tresses are gone, and in their place is a blunt lob that's going to make you want to pick up a pair of scissors immediately.

Not only is it chic as hell, but it has this sophisticated, grown-up vibe to it. Coupled with the crisp white button up she's wearing in the photo, she looks like a newly transformed, glamorous Kirke: Still beautiful, but in a totally different way.

But while most people might have slight anxiety when it comes to snipping off their hair so dramatically, Refinery29 pointed out this is just another tick in her long roll of BAMF moves this year. "Earlier this summer, she teamed up with Dunham in an untouched lingerie campaign for The Lonely Girls Project and the last time she cut her hair, she did it totally topless," Refinery29 reported.

And here she is with the rest of her Girls crew.

Kirke is clearly not afraid to mix things up and take a chance — something that's totally working for her. If you're starting to feel the itch yourself and might want to run to the hair salon soon, here are some more celebrities that rocked the lob and bob looks for inspiration.

With her hair barely grazing her shoulders, Roberts rocks the lob in a stylishly messy way.

January Jones sports her lob with a long sweeping fringe that falls dramatically into her eyes.

When straightened, Washington's bob hits just above the shoulders and has an edgy, sharp look to it. When left natural, it creates a smart swing of hair just below her chin.

The beauty of a lob is that it doesn't really require much fussing — just give it a little wave and you're done.

For those that aren't quite ready to make their hair extra short, try the longer version of the lob, where the ends go past your shoulders.

Whichever way you want to style yours, one thing is for sure: Kirke is definitely putting the spotlight back onto this old favorite, and she looks amazing.