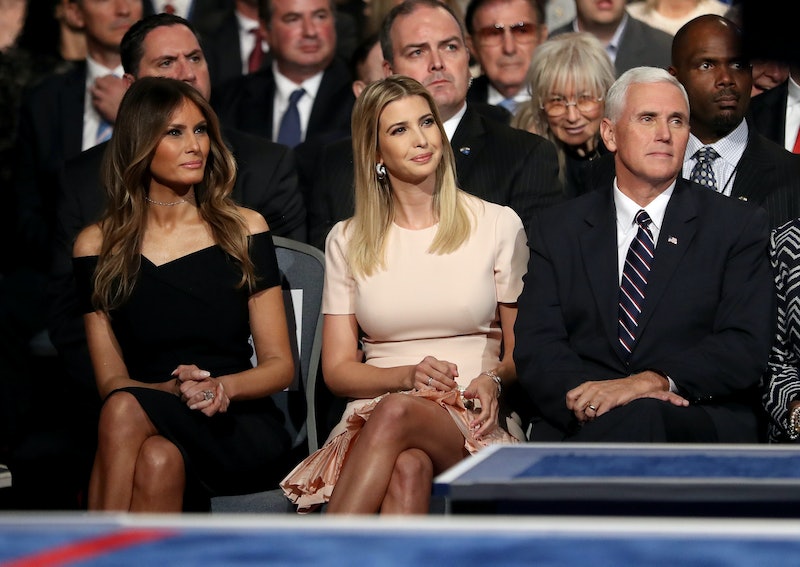 Over the course of a single weekend, Republican presidential candidate Donald Trump has watched supporters and surrogates from his side of the aisle broadening their distances from the Donald after the Washington Post revealed on Friday a recording of the candidate making vulgar remarks about women in 2005. Trump does appear, however, to still have a running mate by his side following the release of the compromising material. In a statement published Saturday, Pence condemned Trump's comments in the video as well as expressed hopefulness for Trump's second debate performance set to happen Sunday evening. But is Mike Pence attending the second debate? Though Pence currently retains his status as the Republican VP candidate, his attendance is up in the air.

Gov. Pence's schedule was left open on Sunday, according to the Trump campaign website, with the next event lined up for the VP candidate set to take place on Monday afternoon in Charlotte, North Carolina. While this open availability could offer some indication that Pence is planning to take a seat in the audience at the Washington University in St. Louis debate venue, vice presidential candidates have not been known to typically join their running mates at presidential debates. More common in presidential races past is splitting up the party ticket on debate nights so that VP candidates can spend time campaigning in another location.

Pence made an against-the-grain decision for the first presidential debate by choosing to appear alongside Trump at Hofstra University. In contrast, Hillary Clinton's running mate, Virginia Sen. Tim Kaine, attended a debate watch party in Orlando, Florida while Clinton went face-to-face with Trump for the first time. This means that whether or not the Indiana governor will walk in on Sunday evening with Trump's family members will remain an unknown until the start of the debate.

There's been some heightened confusion surrounding Pence's weekend schedule already. In response to the Post's exposing of Trump's crude conversation with television personality Billy Bush, House Speaker Paul Ryan disinvited Trump to the GOP fundraiser, the Wisconsin Fall Fest. Soon thereafter, Trump released a statement announcing that Pence would attend the fundraiser in his place. Soon after that, Pence cancelled the maybe appearance at the Wisconsin event.

There stands the possibility that, since the Friday afternoon reveal and the subsequent muddling of plans for an appearance by either Trump or Pence at a Saturday campaign event in Wisconsin, the Trump campaign is making an effort to keep Trump's and Pence's schedules more flexible.