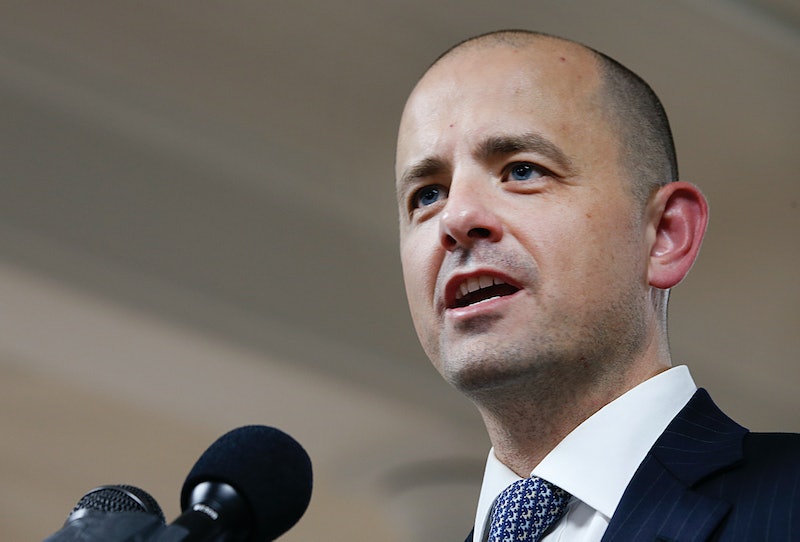 If you're looking for a conservative presidential candidate, and you've got some reservations about the Republican Party's embrace of real estate baron Donald J. Trump, then perhaps you've come across the name Evan McMullin. A 40-year-old former CIA operations officer and chief policy director for the House Republican Conference, McMullin launched his long-shot bid for the White House as a response to Trump's hijacking of the GOP. And now he'll be weighing in on the latest clash between Hillary Clinton and Donald Trump ― McMullin is live-tweeting the second presidential debate, and you can follow along with him.

In fact, he'll be reacting to the debate (the only torn hall-style debate of the 2016 campaign) along with his newly declared running mate, businesswoman and political strategist Mindy Finn. Their Twitter accounts are at @Evan_McMullin and @MindyFinn respectively, so if you're keen to absorb some conservative perspective on the race, but not from the likes of Trump, Republican vice presidential candidate Mike Pence, or Libertarian candidates Gary Johnson and Bill Weld, they might be worthwhile follows for you on debate night.

Here's what McMullin has been tweeting so far ― he kicked things off by announcing the live-tweet several hours prior to the debate.

6. The Personification Of America's Leadership Crisis

11. The Authoritarian Rule Of Vladimir Putin

13. Cut From The Same Cloth

14. Donald Trump Is On The Side Of Russia

15. An American President Should Rebuild Alliances

20. I Am A Constitutional Conservative

21. Donald Trump Has Demonstrated Ignorance Of Our Constitution