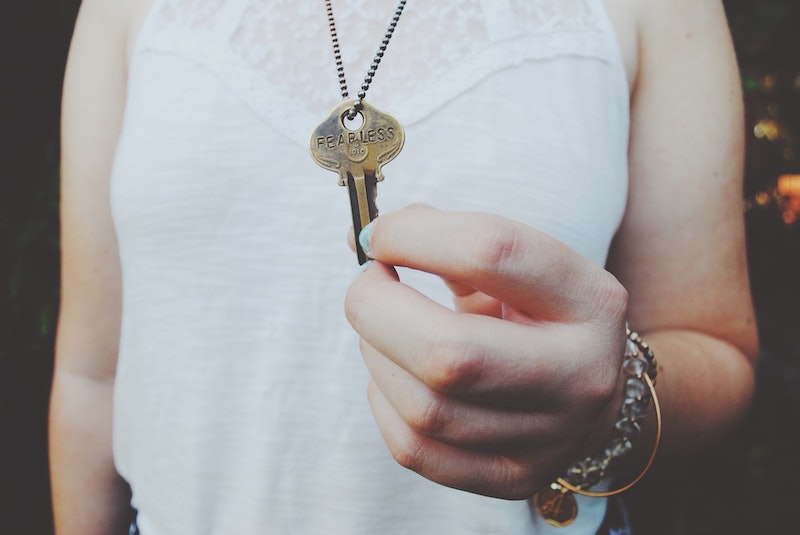 We all have our moments of forgetfulness, but if you have been particularly spacey, it might be an indicator that something else is going on. There are a number of reasons why you could be forgetful, and it's important to check in to your health to make sure both your body and your memory are chugging along efficiently. No one wants to feel like they're walking around in a brain fog all the time, but it might not always be your fault.

"There are certain things that are common to forget at any age," says psychiatrist Dion Metzger, M.D. over email. "This includes forgetting things to do, today's date, the name of someone you recently met. You can blame it on being in the world of multi-tasking where we have a zillion things occupying our attention at once. But certain things can make someone even more forgetful including poor sleep, increased anxiety, and consistently feeling blue, among other things."

Everyone's memory works differently, but if you've been feeling off, something else may be at ply.

If you keep leaving your keys at home or leaving your glasses in the refrigerator, you might want to consider these eight reasons why you're feeling super forgetful.

Sleep is crucial for your brain to recharge and store memories., according to WebMD. Lack of sleep impairs a person's ability to focus and learn efficiently, and sleep is necessary to make a memory sick so that it can be recalled in the future.

"Even the normal brain with healthy attention span can get discombobulated and distracted when the person is flooded with worries and anxieties," says psychotherapist Dr. Fran Walfish over email. "The human neurological system has a cap of how much stress it can handle and then it gets overwhelmed."

What you eat can also impact how much stuff you remember, and what is particularly important is your blood sugar. High glycemic foods, which cause a rapid spike and drop in blood sugar, negatively impact memory and even up your risk for Alzheimer's disease, according research published in the Archives of Neurology. High glycemic foods include refined grains and sugary foods.

It's time to stop looking down at our cell phones so much. "One area that is greatly overlooked is the tension that forward head posture puts on the spinal chord, cerebellum, and other parts of the brain," says chiropractor Dr. Douglas Terry over email. "This can effect numerous neurotransmitters, gastrointestinal function, heart function, along with over all memory, and brain function."

"If you are feeling more forgetful than normal, it might be a good idea to take a look at your medications and discuss them with your doctor," says Caudle. "In some cases, certain medications can cause us to be more forgetful."

Brain fog and memory issues are a common symptom of hypothyroidism, according to Everyday Health. When the thyroid hormone is low, it can affect your memory span and ability to concentrate.

"Estrogen, testosterone, DHEA, and progesterone, for example — all contribute to various aspects of healthy memory, and regulate neurotransmitters that help modulate stress and mood," says naturopathic doctor Dr. Serena Goldstein over email. "An imbalance of hormones can disrupt these functions."

If you find that you're constantly forgetful, you'll want to take a trip to your doctor, as they can help figure out what's going on in that noggin of yours.