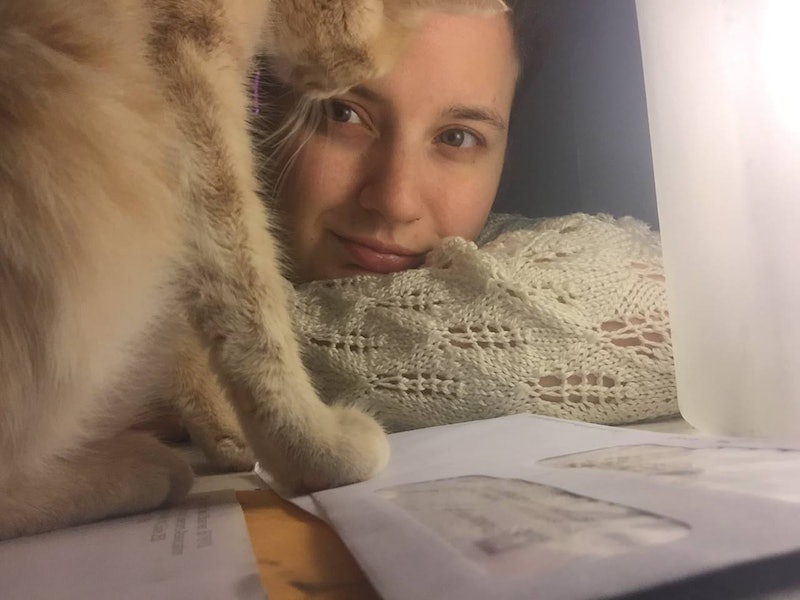 On Sunday night, as I covered the second harrowing presidential debate between Donald Trump and Hillary Clinton, a switch flipped in my head. I'd been half-assedly planning on voting for Clinton since Trump became the Republican nominee, but had been trudging through each day's fresh hell of news coverage in this circus of an election. Tonight, however, as I watched Trump first parade those who've accused Bill Clinton of sexual assault and then invoke Humayan Khan in some bizarre show of politicking, my choice became easier than ever. I'm an Arab-American and a sexual abuse survivor, and on Sunday night, Hillary Clinton won my vote against Trump.

For someone who works in politics, I've been uncharacteristically apolitical throughout this presidential election cycle. I never threw my weight behind Bernie Sanders, and expressed pessimism about his message early on (often to the chagrin of my friends who felt the Bern), and I've been a longtime critic of Hillary Clinton and her damaging policies and positions regarding Muslims and Black Americans.

There's been one hard-line political stance I've taken this year, and it's one against Trump. Anyone who knows me or my writing knows that I have a highly personal fear of the prospect of his presidency, to the point where I actually voted for Ted Cruz in my state's primary because if I was going to cast a vote, it was going to be against Islamophobia. On Monday night, that personal stake extended beyond my ethnicity and into my experience as someone who's been sexually abused and assaulted.

At this point, my own distrust of Clinton is unfortunately irrelevant. I appreciate every person who points out the travesty of how many millions will be voting against Trump rather than for Clinton on Nov. 8, and I appreciate those who cannot bring themselves to vote for her. This is not about yelling at folks for not voting. This is about me doing what I think is best to do my part in ensuring that not only does that orange monster never step foot in the Oval Office, but also that he is defeated in a way that lets him and his supporters know that the majority will not tolerate his xenophobia and bigotry.

This past weekend, the world seems to finally, finally have awakened to the very real threat of having a man such as Trump at the helm of the most powerful country in the world. His exploitative decisions tonight might not have swayed as many people as this weekend's scandal regarding his comments about sexual assaulting women, but they certainly lit a fire in me. There are and will be those who scoff at the idea of people getting so worked up over such an unlikely presidential candidate, but those people have probably never had to ask their parents if they were going to be rounded up and sent to internment camps.

There are those who predict a landslide victory for Clinton, and although I envy their confidence, I cannot share it because I can't stop thinking about the men who have assaulted me and most of the women I know and love. If casting a ballot for a candidate I once despised brings me and my friends and family just a little bit more safety in a world that seems to threaten us at every turn, then I will do so happily.