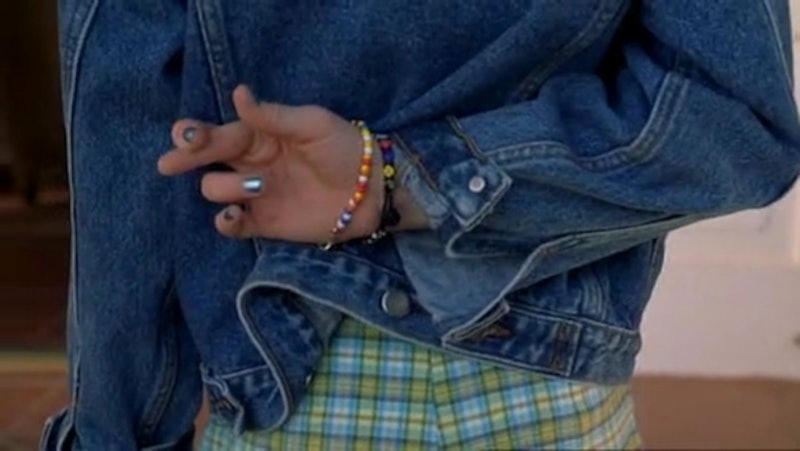 If you saw the horror that was the second presidential debate Sunday night, you have enough serious things to stress about. Instead, let me ease you into your Monday morning with an issue less catastrophic, yet still perplexing: there's something different about the fingers crossed emoji. Yes, if you have a Samsung phone, you might have noticed that your fingers crossed emoji looks a little weird. Well, you'd be right to think so, because there are six fingers on that hand. Yeah, count 'em — six. OK, so like how did that happen?

Fair question. Basically, the life of an emoji is determined by the non-profit corporation the Unicode Consortium, which decides which objects, actions and gestures are meant for a life immortalized by emojis. Once they decide on the emoji, they send out their version of it to Microsoft, Google, and Samsung, who then are allowed to put their creative spin on it and tweak it so that it looks best on their system. Microsoft and Google stayed close to the original form (Microsoft made it a left hand and Google made it a right):

And Samsung gave it an extra finger!

So as to assume this was all part of the master plan, here are a few possible explanations for why the Samsung hand might intentionally have six fingers:

When you spend a whole day left-swiping, your pointer finger can get tired. If you had an extra finger, you might be able to alternate between it and get more swiping done. You might even find your soulmate.

Do you ever feel like you wish you just had one more finger to help you balance your groceries when you don't feel like getting a basket, and can almost comfortably carry your groceries in your arms? An extra finger would be certainly helpful in grabbing that pack of cheese that's always trying to slip between your fingers.

You can never have enough fingers available to pick your nose. If you had an extra finger, you could use it to solely pick your nose, so there's no cross-contamination.

Whether you climb trees in the backyard or mountains, you know the importance of a strong grip. One extra finger could be the difference between falling and making it to the top.

If you're a count-on-your-hands mathematician, having one extra finger will serve as useful.

If you can't wear enough rings, an extra finger would surely give you some more room to pile them on.

As for why Samsung actually added an extra finger to their emoji — only time will well.