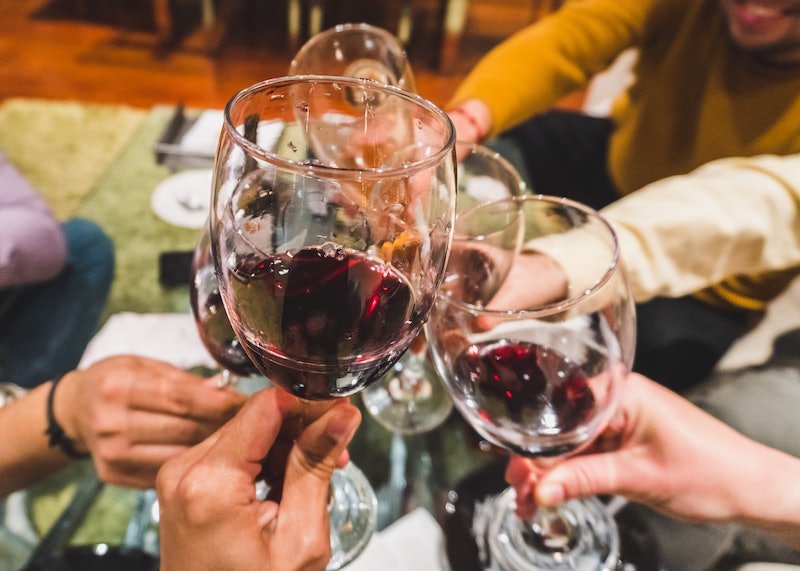 Substance abuse doesn't appear overnight. Often, it begins during adolescence, when people begin to experiment with everything from unfortunate fashions to drugs and alcohol. But what causes some teenagers to develop alcoholism while their peers remain problem-free? According to a recent study, the risk for alcoholism is associated with impulsivity and sensation seeking in adolescence — two characteristics that may play into each other to create a drinking problem.

In a study published in the journal Alcoholism: Clinical & Experimental Research, researchers compared more than 300 preteens with family histories of substance abuse to 81 preteens with no such family history. The first group was considered to be at a high risk for developing alcoholism later in life. Beginning around age 11 and continuing every six months for three and a half years, participants completed assessments asking about things like impulse control, drug and alcohol use, and something called "sensation seeking," or the tendency to look for excitement.

Researchers found that in comparison to the low-risk group, high-risk adolescents tended to show greater impulsivity — the tendency to act on a whim — and reported greater increases in sensation seeking over time, especially those who began experimenting with drugs and alcohol before the age of 15.

Here's why that's interesting. Prior research has shown that there's a reason teens have a reputation for taking dumb risks; in adolescence, your brain is still going through major changes, and one of these changes involves the development of impulse control. According to the National Institutes of Mental Health, the parts of the brain to do with impulsivity and foresight are some of the last to mature. Personalities differ, obviously, but with these parts of the brain still under construction, so to speak, it's not surprising that teenagers tend to jump into things without thinking.

So adolescents already tend to be more inclined to take risks. When you add the higher sensation seeking and impulsivity of high-risk teens, it's logical that these conditions prime some people to develop problems with substance abuse. "Increased impulsivity in [teens with a family history of alcoholism] may make them less able to regulate sensation seeking drives that peak in adolescence, which may contribute to their high risk for developing substance use disorders," researchers wrote in the study.

Basically, high-risk teenagers are more likely to seek out excitement — like, say, underage drinking — and their impulse control hasn't fully developed yet. On top of that, they tend to be more impulsive in the first place, which has been associated with all kinds of addictions.

Although it's not as simple as "alcoholism runs in families," research has shown that having relatives with substance problems increases your risk for developing dependence as well. This isn't to say that people without a predisposition don't develop problems, or that having an alcoholic father dooms you to addiction later in life. Rather, research simply indicates that alcoholism has a heriditary component that can be exacerbated by circumstances.

It's a complex issue, and researchers are still teasing out how alcohol dependence works -- if the study mentioned above is anything to go by, though, it has a lot to do with impulse control. Really makes you want to stick to drinking water next Saturday night, doesn't it?