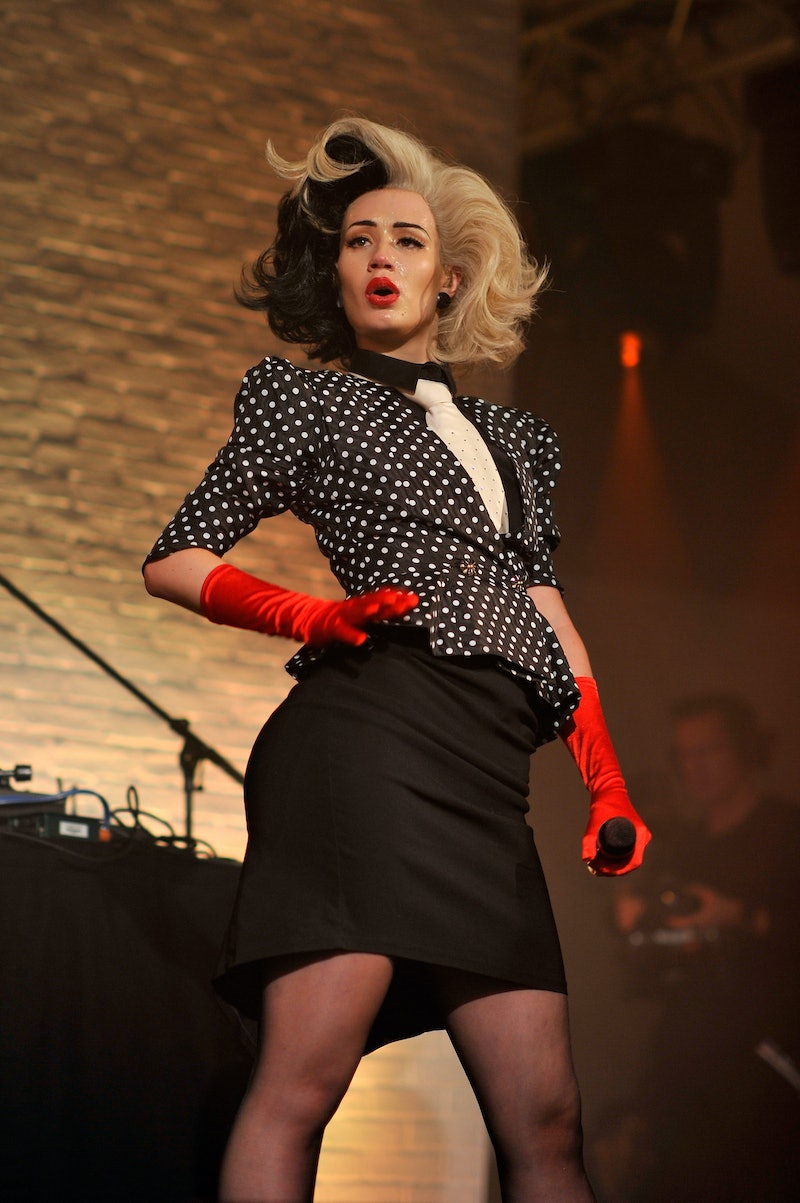 If you're stuck trying to come up with a baller costume idea this Halloween, sometimes it's just best to go with a tried and true classic. Everyone will ~get~ it, the outfit is easy to find, and you can still put your own spin on it to make it unique. Just look at all these celebs who went as Disney characters for Halloween — there's an endless amount of options to choose from (do you want to be a royal or a villain? An obscure character or a classic?) and there are so many ways to make the costume so much more than something off the rack at Party City. So if you're feeling decidedly Disney this October 31, draw some inspiration from Disney-obsessed Hollywood.

TBH, everyone loves a Disney classic (like, I know I'm not the only one who still has almost every movie on VHS in my parents' basement). And if there's one thing the general public adores even more than watching The Lion King in an endless loop, it's celebrities who love Disney classics. Especially those who love them to the point where they have to go as their fave characters in costume for Halloween.

Whether it's Kim Kardashian as a Disney princess or Neil Patrick Harris' family as literally whatever characters they want to be, check out the celebs below — who certainly know how to celebrate Halloween, Disney-style.

Colton Haynes is the complete opposite of a "poor unfortunate soul" in this killer getup.

NPH and fam are in a world of their own.

Hope she didn't lose her shoe.

From Peter Pan to Belle, Allison Williams knows how to do Disney right.

And her kids as dalmatians. Too. freaking. cute.

And he didn't even have to wear a costume.

9. The Hosts of The View As Disney Villains

*rubs hands together and laughs manically*

Insert obligatory "Let It Go" pun here. All kidding aside, Robin Roberts is my favorite Elsa ever.

Hopefully there wasn't a snake in her boot.

12. Jessica Alba & Family As The Incredibles

Mindy Kaling is no codfish in this elaborate Peter Pan costume.

15. Sarah Hyland As Spinelli From Recess

The tough girl of any playground.

16. Hayley Williams As Sally From A Nightmare Before Christmas

Did she "stitch" that costume herself?

Spotted: Iggy Azalea as the third celeb on this list to channel her evil Cruella.

18. Channing Tatum As Winnie The Pooh

Always eating all that honey, that Channing Tatum.

Second Tinkerbell to the right (and straight on til morning).

She'd win Prince Charming over with those dance moves for sure.

Though they're kinda more like the twins from Twins.

AVAST ME MATEYS: NPH, David Burtka, and Harper and Gideon know their way around Disney costumes for the whole family.