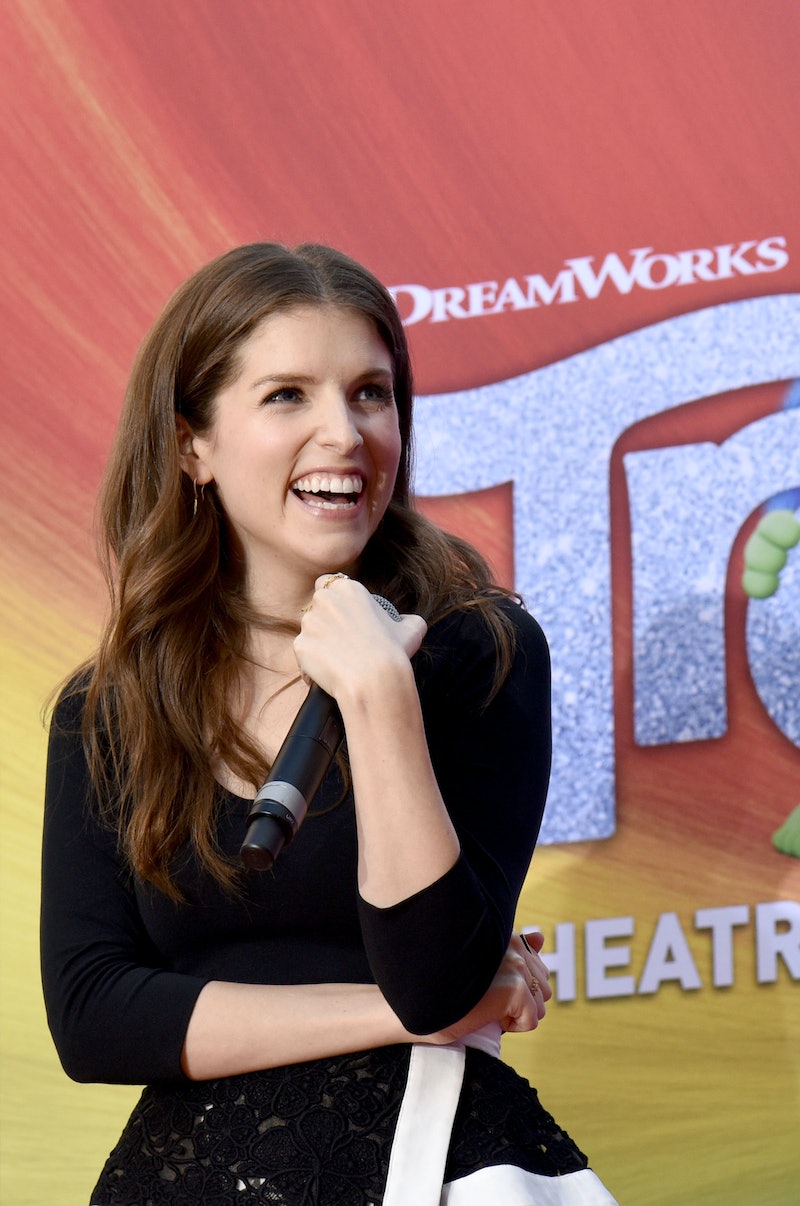 Hollywood isn't an easy place for women, but that doesn't mean they are going to sit back and not attempt to make something of their careers. As she explained in Elle's 2016 Women in Hollywood issue, Anna Kendrick is furthering her career by opening any doors that present themselves. It's no secret that women have to work harder in the entertainment industry — really, it seems more often than not that we have to go that extra mile in all areas of life. So when you hear an actor, like Kendrick, express how opportunities haven't disappeared, it definitely gives hope to other women who are struggling to become a success or maintain a career — specifically, in Hollywood, but also in any type of field.

"Sometimes, it feels like I'm standing in one of those rooms, in a riddle, where there are all these doors. And it's like, why wouldn't I keep opening them? Even if what's behind is something kind of annoying, I'd rather find out. I think it will be hard for me to know if I should ever take a break, or focus on something else, because I feel so grateful that I get to keep opening that dang door."

Based on her response, it almost seems like The Accountant star sometimes has a hard time believing that there are so many doors for her to open. Of course, she is grateful that she hasn't been shut or locked out of opportunities. Granted, and as she pointed out, there may be times when she is presented with "something kind of annoying," but the Oscar-nominated actor isn't one to back down without checking it out first. That doesn't mean Kendrick has accepted anything "annoying," but it's just another door for her to open and see where it will lead.

The 31-year-old actor also recognizes how lucky she is as a woman in Hollywood for the amazing roles she's been given and that her career hasn't diminished. She is bigger and more successful than ever. And if you think the Trolls star is going to stop working anytime soon, you're definitely wrong. Kendrick loves what she does and knows she has it good at this point in her life.

The fact that she is landing role after role also shows other women that there are doors for them to open, and not just as actors, but also in other fields. It's unfortunate that "male-dominated" jobs are still a thing and that there continues to be a pay gap. But, that doesn't mean it will always be that way or that women can't bust through doors for bigger and better careers. Like Kendrick and other actors, many women in all areas of work want to be able to open doors and see what else is out there for them. Sometimes the options can be limited, but when things to present themselves, like Kendrick shows, it can be worth it to take a chance.

It may take time to find worthy opportunities, but if you follow in Kendrick's footsteps and continue knocking down doors, it'll happen.