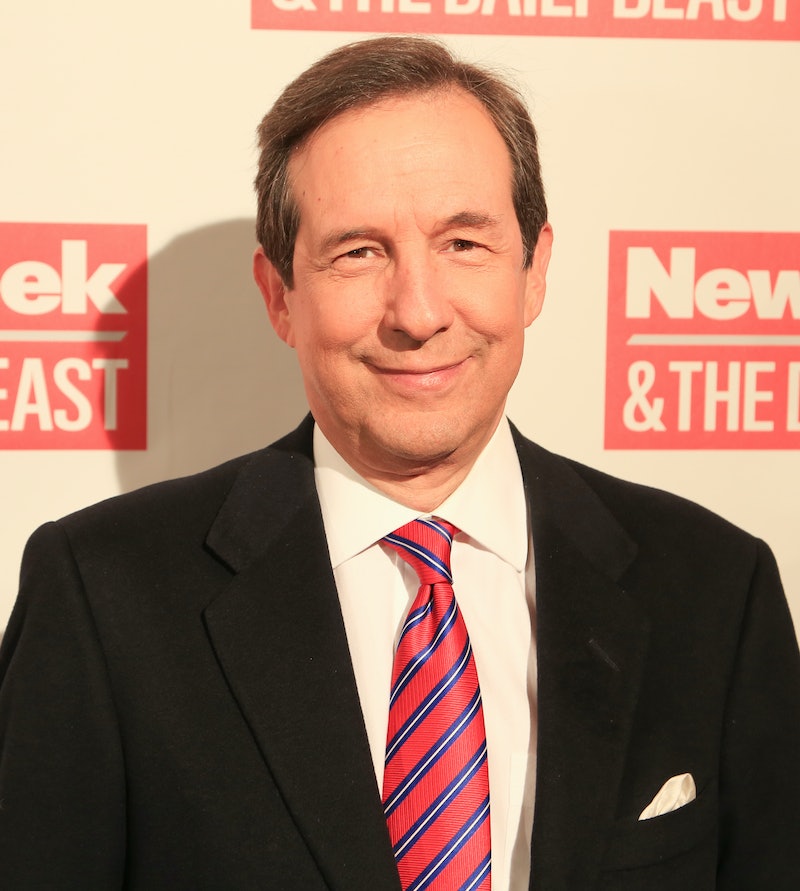 The light at the end of the presidential debate tunnel is nigh. The final one of 2016 will finally happen on Oct. 19 at the University of Nevada, Las Vegas, concluding the debate hat trick that's arguably brought more shame than pride to our country. If the last two debates are any indication, the third should be... interesting. One thing that's had an impact of the previous debates are the moderators. So, who will be in charge of wrangling the candidates as the moderator of the third presidential debate?

Fox News anchor Chris Wallace will be overseeing the final throw-down between Donald Trump and Hilary Clinton. It will be in the same format as the first debate at Hofstra University, a marked difference from the town hall form the second debate took at Washington University in St. Louis. That debate brought an unusual amount of attention to the moderators, CNN's Anderson Cooper and ABC's Martha Raddatz, with a mix of praise and criticism. Some thought the two were rightfully tough at grilling the candidates for answers. On the other hand, some accused them of being too tough on Trump — like Trump, who at one point said it was "one on three."

Wallace will enter the third presidential debate aware of those mixed reviews, as well as with another possible concern on his mind. While the debates should be about the presidential contenders, there's some extra spotlight being shed on Wallace. He's already being accused of posing a potential conflict of interest because of his former Fox News boss and now-Trump advisor Roger Ailes. Some, like Media Matters' David Brock, have argued that Wallace could be influenced by the relationship, potentially negatively impacting his ability to be neutral when posing tough questions to either candidate. In fact, Brock called on the Commission on Presidential Debates to boot Wallace.

However, others, like Erik Wemple of the Washington Post, argued that the accusation is nonsense. He pointed out in a column that Wallace has been tough on Trump during this election cycle. In fact, Wallace has even gone so far as to claim "the media has treated [Trump] too well" in an interview with The Wrap earlier this year, likely indicating he won't be taking it easy on either contender.