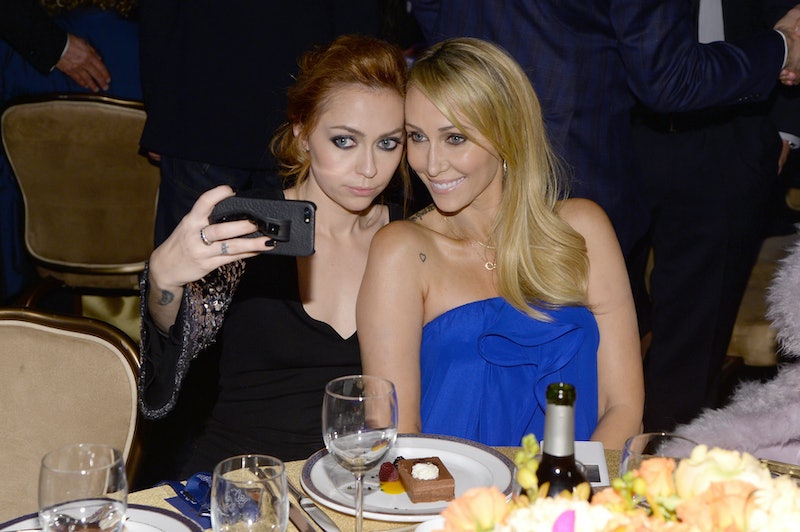 It looks like Miley Cyrus's mom and sister are pulling a Miley. And by "pulling a Miley," I don't mean "sticking their tongues out" or "wearing a teddy bear unitard" or "shooting a confetti cannon before dropping a surprise album." I obviously mean "heading to the reality television world." Obviously. On Monday, Bravo announced that Tish and Brandi Cyrus’s interior design competition show has been given the go ahead.

Cyrus vs. Cyrus (working title) will showcase the mother-daughter duo’s design skills as they help reconfigure and redesign clients’ houses. Oh, and the Nashville-based home will also pit the mother-daughter duo against each other: At the top of each episode, both Brandi and Tish will show their client their own plans. And then, the client must choose one of the two plans. And then, the not-picked designer will act as the selected designer’s assistant throughout the project. And then, Adam Levine will stand up out of his chair and tell the client why they should join Team Adam instead of Team Miley and Carson Daly will try to play peacemaker and— Oh, wait. Wrong Cyrus reality show. Sorry.

“Tish and Brandi have a wonderful, funny, modern mother-daughter relationship which is completely relatable," Bravo SVP of Development Lara Spotts said in a statement (via The Daily Dish). "They are equally talented designers, but with very different aesthetics, and watching them transform one home a week will be almost as entertaining as the antics that ensue along the way.”

Friendly competition between family members, interior design, celebrities, and reality TV? Consider me very much on board. And hey, it sounds like I won't have to wait too long: According to The Daily Dish, production on Cyrus vs. Cyrus will commence “immediately," and the show is slated to premiere sometime in 2017.